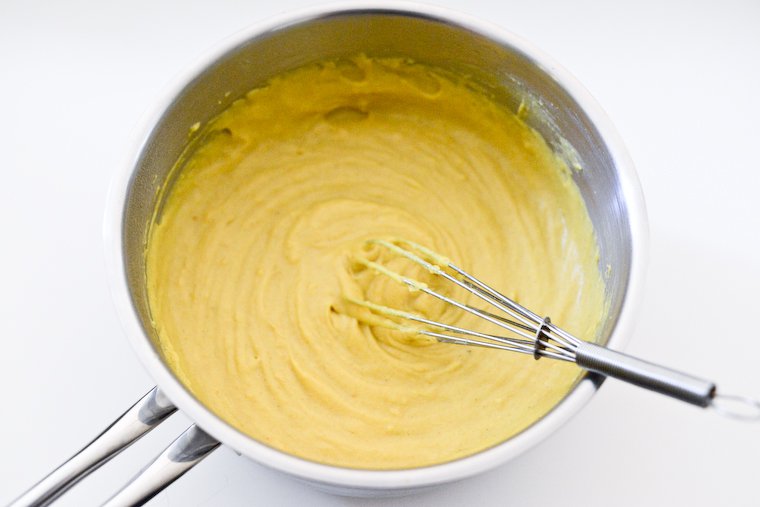 A few weeks ago, I had a special guest over for dinner: my American pen friend Amy, whose family hosted me in their Michigan home the summer I turned fifteen.

This was a life-defining trip for me: it was my first time in the US, a.k.a. the coolest country in the world in the eyes of this French teen, and Amy’s parents made it count in a way I’ll forever be grateful for, taking us on roadtrips in their minivan (with a television and VCR inside!) to Canada and to New York City (New York City!), and generally making sure I had a grand time.

Everything was a source of gleeful amazement to me, from the size of the backyard to the whole-house air-conditioning, from the gigantic malls to the extra frilly decorations in every girl’s room I visited, from the frozen waffles I was allowed to have every morning (every morning!) with bottled chocolate syrup to my first PB&J (which I did not “get” at the time), from the powerful smell of popcorn in movie theaters to the different kinds of fast food (burgers! tacos! pizzas!) Amy’s father picked up on his way home from work most nights.

Nobody would mistake it for the classic egg-and-cream quiche filling, but it hit all the right notes: creamy but pleasantly set, richly flavorful on its own but subtle enough to let the other ingredients shine.

Amy and I got along famously, but we lost touch as teenagers will — and probably did even more easily in that pre-Internet era. In recent years I searched for her on Facebook every once in a while, but turned up empty. Eventually it is she who wrote in, letting me know she’d soon be traveling through Europe and stopping for a few days in Paris. Would I be up for a little reunion?

The least I could do was invite her to dinner and she said yes, noting that she was now a vegan. I wanted to make her something homey and French, something I would serve to any of my old girlfriends, and decided on a quiche filled with greens, in the style of this greens and walnut quiche.

Obviously the egg-milk-and-cream filling would not do, so I looked for a vegan alternative and was intrigued by this idea of a filling based on chickpea flour, thickened to a custardy consistency on the stove, and flavored with spices and nutritional yeast, the go-to vegan ingredient when a cheesy note is needed.

The filling was very easy to prepare — I made it and my olive oil tart crust the day before — and it garnished the quiche in the most satisfying way. Nobody would mistake it for the classic egg-and-cream custard of course, but it hit all the right notes: creamy but pleasantly set, richly flavorful on its own but subtle enough to let the other ingredients shine.

Have you kept in touch with your foreign exchange friends, and what would you serve if you had them over for dinner now? Have you ever made a vegan quiche, and what type of filling did you use? 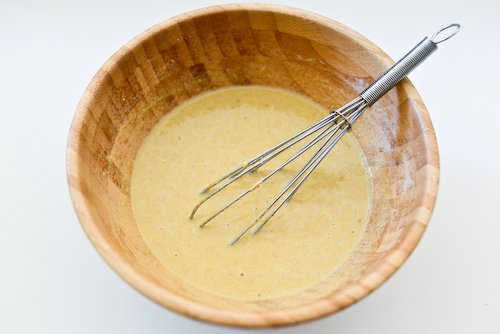 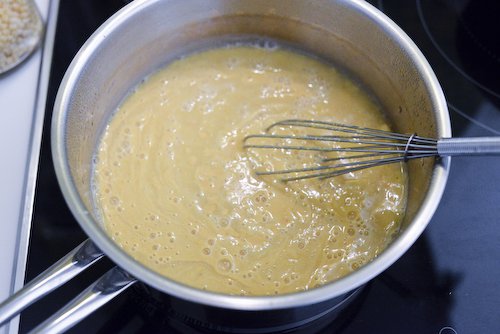 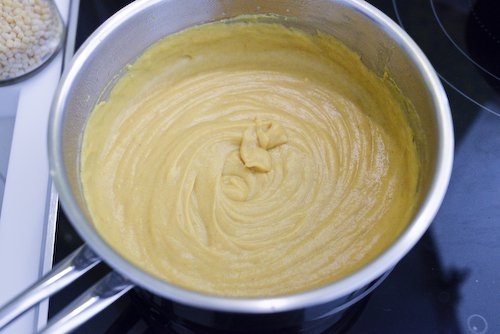 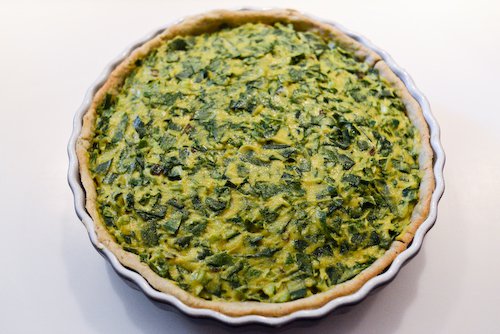 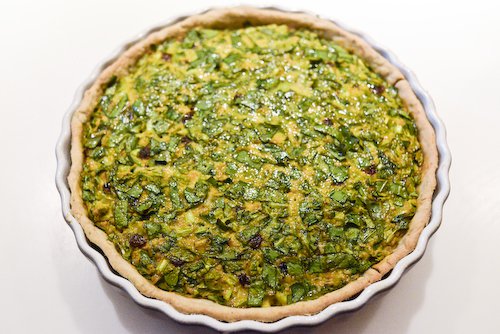 Adapted from The Gourmet Vegan. 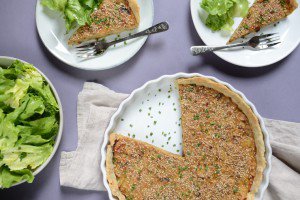 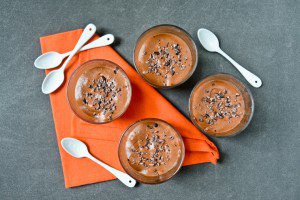