Hello, I'm Clotilde! C&Z is all about fresh, simple, and colorful foods from my Paris kitchen. Learn more »
Essays
18 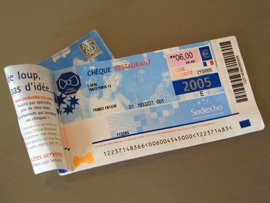 And today, I thought I would share with you a small and mundane element from the everyday French office life. A food-related element, that goes without saying.

In France, the set of laws that governs the work environment, le code du travail, forbids you to eat in the rooms where you work (ahem — no, I don’t know how those crumbs got into my keyboard, did they maybe chip off from the ceiling?). But if enough employees wish to eat in their workplace, the employer must provide a way for them to do so under safe and healthy conditions. He can either furnish a room with chairs, tables, a fridge and a microwave, or he can give them access to a cafeteria (usually operated by large catering companies), or he can give them lunch vouchers to use in nearby restaurants.

Such vouchers are called chèques-repas, chèques-déjeuner or titres-restaurant, but are most often referred to as tickets resto. You get a little checkbook at the beginning of the month, with one voucher for each day that you will work. Their value is co-financed by you and your employer, usually on a 50/50 basis, which means that if your ticket resto has a 6€ face value, it costs you 3€ (deducted from your paycheck) while your boss pays for the other 3€. The incentive is that the whole thing is tax-deductible for the employer as for the employee. Of course, the higher the face value of your tickets restos, the bigger the perk, and it’s one of many ways to judge how well a company treats its employees.

Most restaurants in France will display a little sticker on their door to indicate that they accept those vouchers, provided they are open for lunch and are interested in catering to the office crowd. If you’re not sure you can just go ahead and ask — “Vous prenez les tickets resto?” — but be warned that some mid- or upscale restaurants will look at you with contempt and scoff: “On n’est pas chez Flunch“*, as I was once told at a restaurant where they thought good food could make up for obnoxious service.

* Flunch is a French chain of cafeterias, often found in malls.

The use of tickets resto is restricted by a thousand and one rules. They are only valid for the current year (the 2005 vouchers will expire in January of 2006). Restaurant owners are legally forbidden to give you any change on them, even if what you buy is less than the face value of your ticket resto — this to prevent said tickets resto from becoming a currency of their own — but they will sometimes give back up to one euro, or give you a credit for next time. Theoretically you should only use one voucher per meal, but that rule is hardly ever respected by restaurants and I have occasionally used eight or ten at a time: since I sometimes bring my own lunch into the office, my vouchers tend to pile up and when the expiration date draws near I find myself frantically trying to use them up — or trade them with my coworkers, who spend them more regulary.

A generous use for your tickets resto, if you’re so inclined, is to give one every once in a while to the homeless people who make their way from car to car on the metro, explaining the dire straits they find themselves in and asking for “une pièce de monnaie, une cigarette ou un ticket restaurant” — a bit of change, a cigarette or a restaurant voucher. A tax-deductible gesture that’s always much appreciated by the recipient. 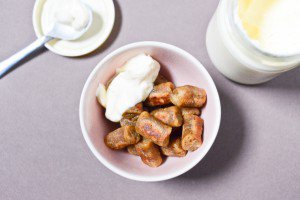 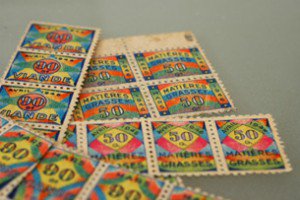 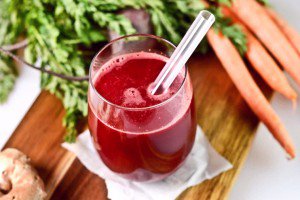 April Favorites
Sign up C&Z NEWSLETTER: Get recipes, inspiration, and Paris tips FREE in your inbox!