Hello, I'm Clotilde! C&Z is all about fresh, simple, and colorful foods from my Paris kitchen. Learn more »
French Idioms
21 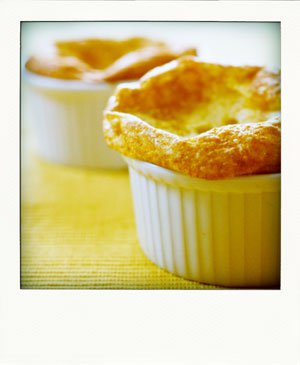 Literally translated as, “Falling back like a soufflé,” it is a colloquial expression that means running out of steam in a quick and sudden way: after an initial phase of enthusiasm, an idea, an initiative, or a phenomenon (but not a person) loses momentum, as the interest for it wanes.

Example: “Il y a eu tout un battage médiatique autour du projet, et puis c’est retombé comme un soufflé.” “There was a lot of media hype around the project, and then it fell back like a soufflé.”

As any cook who has ever attempted to make (or even just considered making) a soufflé knows, the egg white-raised preparation is indeed quick to deflate, and it is this structural flaw that the expression refers to: while the fresh-out-of-the-oven, puffy soufflé garners admirative gasps from the crowds, its sunken version may fail to sustain their interest.

Note that this expression is frequently misspelled as, “retomber comme un soufflet.” Depending on the speaker’s accent, soufflet can sound very much like soufflé, but it means bellows.