Hello, I'm Clotilde! C&Z is all about fresh, simple, and colorful foods from my Paris kitchen. Learn more »
French Idioms
20 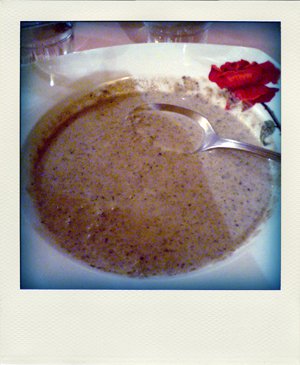 The literal translation is, “falling like a hair* on soup,” and it means that something or someone appears at an inappropriate or incongruous moment, and is thus completely out of place. (The idiom can also be formed with the verbs arriver, to arrive, or venir, to come, instead of tomber, to fall.)

Interestingly enough, in the context of this expression, the hair found in a bowl of soup causes no disgust. It is merely seen as an anomaly, a thing of no value or consequence that diverts one’s attention from what’s really important: the soup.

Comme un cheveu sur la soupe is also the title of a 1957 movie with Louis de Funès (but no aliens).