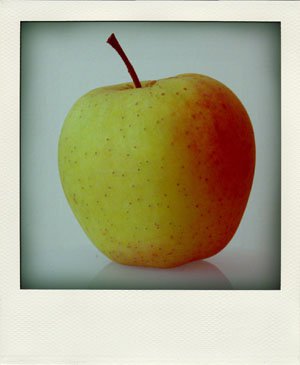 Literally translated as, “the worm is in the fruit,” it means that the damage is done, that a situation is inherently faulty, and that it’s impossible or too late to do anything about it. It can also be used humorously, to comment with mock fatalism on the way a situation is turning, or is bound to turn.

The idea is that once a worm enters a piece of fruit and starts to eat its way through the flesh, little can be done to stop it, and eventually the fruit will be worthless. (For the record, I just cut out the worm-eaten part and eat the rest.) On a larger scale, and though I have little fruit-growing experience, I imagine that once worms have taken up residence in your orchard, they must be a tough pest to fight.

One might think this expression simply based on good old-fashioned bon sens paysan (rural common sense), but its origin is in fact more dignified: Victor Hugo first used it in a poem published in 1840 (“Hélas ! hélas ! le ver est dans le fruit superbe !”) and Paul Verlaine used it later (this time without the added superbe) in his poem Nevermore, published in 1866.

Although this is not quite the proper form, I’ve also heard this expression used as, “Le ver est dans la pomme”, the worm is in the apple. It is then quite close to the English expression “the worm in the apple” but the meaning is slightly different: the English phrase — as I understand it, at least — refers to the fact that something dodgy or evil lurks beneath a seemingly innocuous surface, and is silently carrying out its work of destruction. It is also the title of a short story by John Cheever, of whom I’ve never read a word but would very much like to. 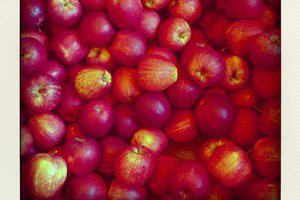