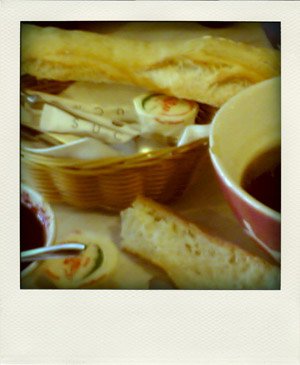 Literally translated as, “writing tartines” (a tartine is a slice of bread topped with some sort of spread, such as butter or jam), it means writing reams, or being unnecessarily wordy.

This colloquial expression can also appear in the singular (“écrire une tartine”) and is derived from the 18th-century journalists’ slang, in which une tartine was a very long (and, it is implied, boring) article or speech. A rather self-explanatory image; I always picture the writer or speaker fastidiously buttering a long piece of split baguette.