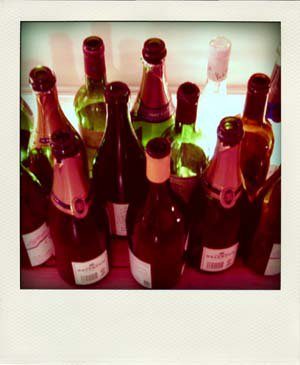 This is part of a series on French idiomatic expressions that relate to food and wine. Browse the list of idioms featured so far.

Literally translated as, “Having/Gaining some bottle,” it is a colloquial expression that illustrates the fact that a thing or a person gains value, experience, or wisdom with age.

Originally, the expression was only used in regards to the aging of wine and other spirits, indicating that they had spent a number of years inside a bottle, as opposed to the casks or barrels of their young days. It was not always meant as a good thing then: not all wines benefit from aging, and even those that do will eventually fade if aged for too long.

Although you could say the exact same thing of people, the idiom took on a generally positive implication when it crossed over to humans in the late nineteenth century, focusing on the good things one gains when one gets older — and I’m not just saying that because I’m about to turn thirty. It can still be used to talk about wine but, again, in a positive light.