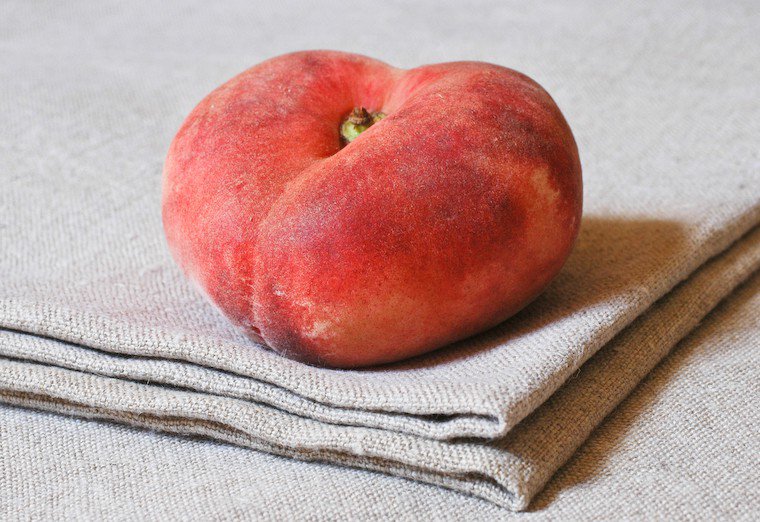 Literally translated as, “having the peach,” it means being in high spirits, having a lot of energy, feeling great physically and/or mentally — in other words, feeling peachy! It is an informal expression that is only used in casual conversation, but is not vulgar.

This expression appeared in the sixties: it may have evolved from the word pêche (peach) as slang for the face or head, or, according to this source, from the fact that it is also slang for a punch: a boxer who “has the peach” would then be a boxer who packs a punch, and therefore has a good, winning energy.

The core of the expression is the peach, which gives way to variations such as:
– “Ça me donne la pêche” (“it gives me the peach”), when something causes one to feel great,
– “Je n’ai pas la pêche” (“I don’t have the peach”), when one is feeling down,
– “Quelle pêche tu as !” or simply “Quelle pêche !” (“What peach you have!” or “What peach!”) to comment on someone’s elation,
– the adjective pêchu(e) (~peachy), a neologism that has yet to achieve dictionary status, and qualifies someone or something that has good energy, such as “une chanson pêchue”, a catchy, happy song.

You may also encounter these related idioms: avoir la patate (having the potato), avoir la frite (having the French fry), avoir la banane (having the banana, probably because it evokes the shape of a big smile). But these are somewhat dated, and sound a little crude — to my ear at least.