Hello, I'm Clotilde! C&Z is all about fresh, simple, and colorful foods from my Paris kitchen. Learn more »
French Idioms
11 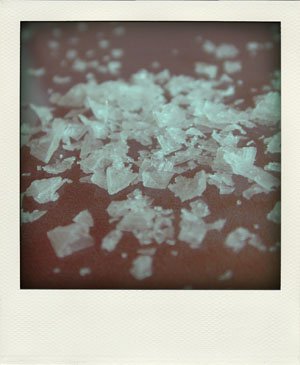 This is part of a series on French idiomatic expressions that relate to the culinary world. Browse the list of idioms featured so far.

Literally translated as, “putting in one’s grain of salt,” it means interfering with a conversation or situation with an unsollicited comment or opinion. It is a colloquial expression that is somewhat similar to the American English idiom, “adding one’s two cents.” Depending on the context, a person’s urge to slip in his grain of salt can be seen in a positive light (outspoken/endearing) or a negative one (meddlesome/annoying*).

Example: “Ils avaient choisi le menu, mais le père de la mariée a mis son grain de sel, et il a fallu tout changer.” “They had chosen the menu, but the bride’s father put in his grain of salt, and the whole thing had to be changed.”

Originally, the grain of salt in question symbolized a witticism, a bon mot thrown into a conversation to liven it up, as salt does a dish, but in this expression it evolved to mean any remark or involvement that seems more necessary to the person who offers it than to its recipient.

Personally, I always imagine someone standing next to a cook and extending his arm, unprompted, to add a bit of salt to the dish being prepared. (Maddening, I know.)

This expression entered French dictionaries fairly recently, in the first half of the twentieth century, but I found a reference to it in Laurent Joseph Remacle’s Walloon-to-French dictionary, first published in 1823, under the entry mett si grain d’sé, which would indicate that it started as a regional expression, and was later adopted more broadly.

* If you do find it annoying, this other idiom may come in handy: S’occuper de ses oignons, minding one’s own business.