Hello, I'm Clotilde! C&Z is all about fresh, simple, and colorful foods from my Paris kitchen. Learn more »
French Idioms
23 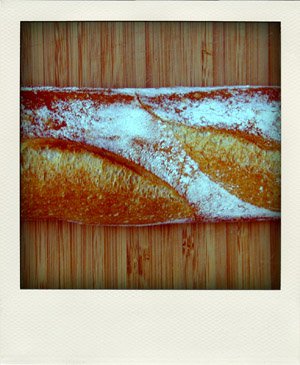 Literally translated as, “having bread on the board,” it means having a lot of work to do, or having a lot on one’s plate*, with the added notion that the tasks in question are somewhat tedious.

I had always assumed that the board referred to here was une planche à pain (a bread cutting board) or a simple planche à découper (a cutting board) — the difference between the two is that the former includes some sort of crumb-collecting contraption — and that “having bread on the board” meant that you had lots of slicing to do. And if the loaf was a bit stale, it would take some effort to work your way through it.

My go-to idiomatic ressources, however, steered me in a different direction.

First of all, the expression used to have another meaning entirely: until the early 20th century, it meant that your future was well provided for. In other words, you had enough bread stocked up (on a bread board nailed high so rodents wouldn’t get to it) that you wouldn’t go hungry.

And then people grew accustomed to consuming fresh bread rather than dense loaves that kept for weeks, and the bread and board started to evoke instead the uncooked loaves that the boulanger lines up on a board to rise. The concept of “having bread on the board” then shifted to mean that the baker still had a lot of work to do before his bread was ready to sell. (Although one might argue that by the time the loaves are kneaded and shaped, the bulk of the work is done.)

Another theory, which I find harder to swallow, is that it somehow derives from the (now outdated) expressions la planche au pain (the bread board), used by ruffians to refer to a tribunal, and manger le pain du roi (eating the king’s bread), which meant that you were in prison (and your food was thus provided by the state). Having bread on the board could then be linked to the idea of having been sentenced and sent to a labor camp, where you would no doubt have a lot of gruesome work to do.

* I note, with unmitigated pleasure, that this is the first idiom in our series for which the English equivalent also draws upon a culinary image.