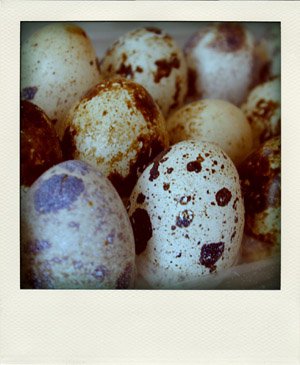 This is part of a series on French idiomatic expressions that relate to food. Browse the list of expressions featured so far.

Literally translated as, “walking on eggs,” it is equivalent to the English expression that appears more frequently as walking on eggshells*, i.e. acting with the greatest of caution in a tricky, sensitive situation, especially to avoid hurting or provoking someone.

This idiom appeared in the early nineteenth century; it features in the 1835 Dictionnaire de l’Académie française. As you will surely have guessed, it refers to the fragility of the eggshell, and the idea that if you were to try and walk on whole eggs without breaking them, you would indeed have to be very, very careful (being some sort of a magician might help, too).

* An egg = un uf; an eggshell = une coquille d’uf. The word for egg includes a mandatory ligature between the “o” and the “e.” Word processors usually make the correction automatically, but because that special “” character is a bit of a pain to type, the ligature is often dropped in online writing.