Hello, I'm Clotilde! C&Z is all about fresh, simple, and colorful foods from my Paris kitchen. Learn more »
Soups
21 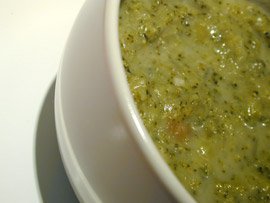 This soup has to be the best broccoli soup I’ve ever had – and without a doubt the best one I’ve ever made. The really cool thing about it, besides being really really good, is that it is infused with flavor from two ingredients that usually get thrown out without batting an eyelash : the rind from a firm and sharp cheese, and the stems from a bunch of fresh herbs.

From now on I vow to always throw these in the freezer for later use : the flavor of cheese is very concentrated in the rind, and the stems of herbs are no less fragrant than the leaves, but they usually get discarded because they don’t look too nice as a garnish.

Having read in a few places about the use of these poor disaffectioned ingredients in soups (and you know how I feel about poor disaffectioned ingredients), I had frozen the stems from a bunch of parsley a little while ago, as well as the rind of a large hunk of mimolette extra-vieille. Mimolette is a bright orange cheese from the North of France, called “extra-old” when aged for a long time until brittle and very sharp. In its young and unaged version, mimolette has a more mellow flavor but is also excellent : it’s a favorite among French kids, its cheerful color playing a big part I’m sure. Some say it was also Charles de Gaulle‘s preferred choice of cheese (and I mean the President, not the airport).

Note that any other type of herb would work in place of the parsley, and you can use another type of cheese too (or even several), as long as it’s a firm cheese (fromage à pâte ferme), with a strong and sharp flavor – parmesan would be a great substitution, for instance.

– one onion
– one shallot
– one clove of garlic
– two heads of broccoli
– one cube of bouillon
– 50 g of rind from a hunk of mimolette extra-vieille (substitute the rind from a hunk of parmesan or another firm and sharp cheese)
– a bunch of parsley stems
– a Tbsp of crème fraîche
– olive oil
– salt, pepper
– [optional] piment d’Espelette (substitute red pepper flakes)

Peel and chop the onion, the shallot and the garlic clove. Heat up a little olive oil in a large saucepan and cook the onion, shallot and garlic over medium heat until softened.

Wash and chop the broccoli. Add it into the saucepan, along with the cheese rind, the cube of bouillon and the parsley stems. Sprinkle salt, pepper, and piment d’Espelette. Add about three to four cups of water, to cover about halfway up the broccoli. (If you’re not sure, it is better to add less water now, and adjust when the soup is ready, than the other way around…)

Bring to a small boil and let the soup simmer on medium-low heat for about 20 minutes, until the broccoli is softened.

Remove the cheese rind and the parsley stems from the soup, and use a blender or a fork to puree the soup to the desired chunkiness. Adjust the seasoning, stir in the crème fraîche and serve. 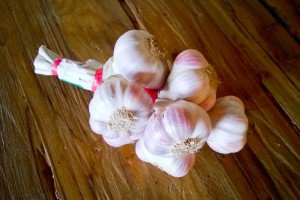 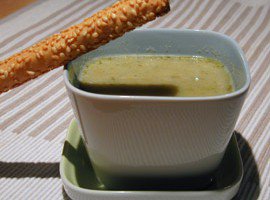 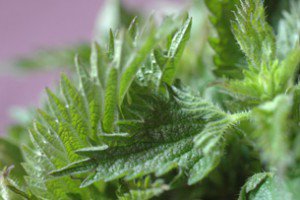 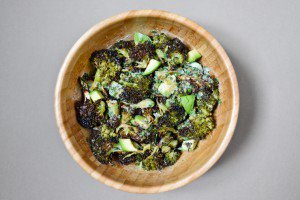 Charred Broccoli and Avocado Salad
Sign up C&Z NEWSLETTER: Get recipes, inspiration, and Paris tips FREE in your inbox!