Hello, I'm Clotilde! C&Z is all about fresh, simple, and colorful foods from my Paris kitchen. Learn more »
Shops & Markets
12 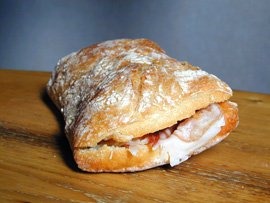 It may have become apparent by now just how much I love sandwiches, and it is always cause for elation to discover a new source for superior sandwich indulgence.

Bellota-Bellota is a store in the 7th that specializes in fine food products from Spain and also operates as an upscale tapas bar. A string of such venues opened a few years ago when the Paris food scene realized with a start that gastronomy did not stop at the Pyrenées — all things Iberian have been riding that trendy wave ever since. The company behind Bellota-Bellota, called Byzance, has a few locations in and around Paris, including a corner inside Lafayette Gourmet, the food area of the Galeries Lafayette department store.

I was there just the other day, it was lunchtime, I was hungry, and their bocadillos (bocadillo simply means “sandwich” in Spanish) looked like the perfect option. A glance at the little menu confirmed the intuition, describing the bocadillo with the following:

Which translates as: “Natural organic bread, baked the old-fashioned way in a woodfire oven. Thin slices of Pata Negra paleta [ham taken from the shoulder blade]. Homemade tomato spread made with Arbequina olive oil, produced in Catalogna. A few petals of manchego cheese made with the raw milk of manchega sheep. A dash of olive oil.”

You really have to hand it to those guys. Anyone who describes a sandwich in such poetic and mouth-watering detail, anyone who delivers such a tasty, moist, perfect piece of sandwich luxury* — each ingredient playing its part flawlessly and responding deliciously to one another — deserves a medal of some kind.

And well, said piece of sandwich luxury certainly holds you over till dinner time. 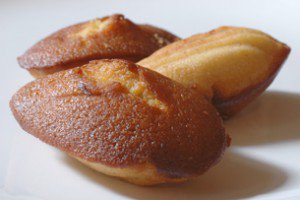 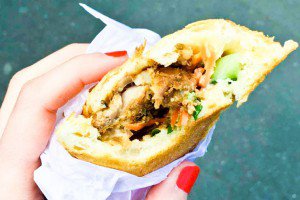 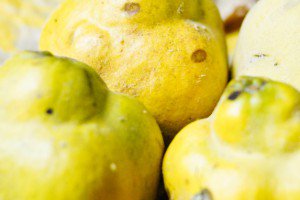