Hello, I'm Clotilde! C&Z is all about fresh, simple, and colorful foods from my Paris kitchen. Learn more »
[nopic], Essays
85

The Omnivore’s Hundred is an eclectic and entirely subjective list of 100 items that Andrew Wheeler, co-author of the British food blog Very Good Taste, thinks every omnivore should try at least once in his life.

He offered this list as the starting point for a game, along the following rules:
1. Copy this list into your blog or journal, including these instructions.
2. Bold all the items you’ve eaten (I’ve used icons instead, and added an asterisk for the items I’m particularly fond of).
3. Cross out any items that you would never consider eating.
4. Optional extra: post a comment on Very Good Taste, linking to your results.

[Update: In response to the numerous questions his list raised, Andrew published an FAQ explaining the how, the why, and the wherefore.]

My list is below; I am missing 37 items, most of which I’d be happy to try if given the opportunity. There are a few that I wouldn’t rush to eat, but none that I couldn’t swallow if someone’s life, honor, and/or feelings were at stake.

And of course, if you don’t have a blog, you can still play along, with a good old pencil and some paper — care to share your results? And/or items you think should be added to, or removed from that list?

5. Crocodile (I did, however, eat fried alligator in Key Largo, Florida)

7. Cheese fondue (I even own a fondue pot)

12. Phở (usually eaten in the Belleville neighborhood in Paris)

13. PB&J sandwich (I had one during my first trip to the US when I was 15; I did not quite understand its appeal)

15. Hot dog from a street cart (but I hope to hit Dogmatic Dogs sometime)

18. Fruit wine made from something other than grapes (I like plum wines from Alsace)

22. Fresh wild berries* (we pick wild strawberries, blueberries, raspberries, and blackberries in the Vosges every summer)

26. Raw Scotch Bonnet pepper (I’m not sure I see the point)

32. Clam chowder in a sourdough bowl (I had it on touristy Fisherman’s Wharf in San Francisco years ago; it wasn’t great)

33. Salted lassi (I’ve had rose or mango; I think I’d like the salted version)

35. Root beer float (root beer tastes like cough syrup to me, so I’d rather not have it in my dessert)

42. Whole insects (I would try them, but they’d have to be dead, and cooked)

44. Goat’s milk (I’m not a fan of milk in general, so I prefer it in yogurt or faisselle form)

49. Krispy Kreme original glazed doughnut* (they opened a branch in Mountain View, California when we lived there)

52. Umeboshi (I’ve recently bought a jar, but have yet to open it)

55. McDonald’s Big Mac Meal (I was a teenager once)

56. Spaetzle* (we buy fresh ones in Alsace, and I even made my own a few years ago)

60. Carob chips (I have an aversion to the taste of carob)

62. Sweetbreads* (my favorite offal of all)

65. Durian (I’ve had durian-flavored tapioca pudding, but not the fruit itself)

75. Roadkill (I think I’d be so horrified I’d lose my appetite)

79. Lapsang souchong* (I love anything smoked, and tea is no exception)

83. Pocky (I grew up eating its French twin, the mikado)

84. Tasting menu at a three-Michelin-star restaurant*

93. Rose harissa (I eat harissa frequently, but have never come across the rose variety)

* An asterisk marks the items I’m particularly fond of. 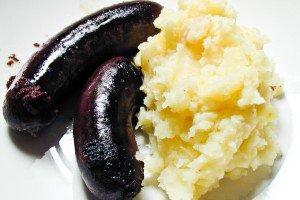 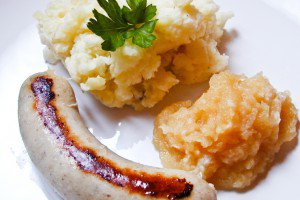 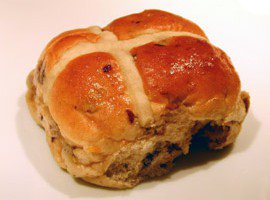 French Gift Ideas for Mother’s Day
Sign up C&Z NEWSLETTER: Get recipes, inspiration, and Paris tips FREE in your inbox!