Hello, I'm Clotilde! C&Z is all about fresh, simple, and colorful foods from my Paris kitchen. Learn more »
Travels
5 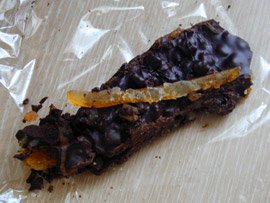 I had long wanted to visit Marseille, so I was very happy for the occasion to spend a week-end there recently with Maxence.

Marseille is a port city in Provence, and it is in fact the second biggest city in France. My grandmother lived there for a couple of years during World War II, and we have a few family pictures from that period. I remember one in particular, black and white with frilled edges, which shows my grandmother at my age, walking with her first two little boys on the Canebière, with her blond hair elegantly pinned up, and her signature bright white smile.

Marseille is also where one of my favorite novels of all times takes place, Alexandre Dumas’ Count of Monte-Cristo, and I was delighted in a peculiar way to see signs to the infamous Château d’If and even a rue Edmond Dantès, as if I had bumped into a movie star.

Maxence and I spent a lovely week-end there, driving in and around the city, enjoying the sun, the Mediterranean lifestyle, and treating ourselves to the local specialties.

On Saturday afternoon, we strolled around the Vieux Marseille (the historic city center), a maze of narrow cobbled streets built on a hill. When it was time for a little afternoon snack, a boulangerie miraculously happened upon our path, an intriguing phenomenon often observed in any city or village of our beautiful country. The antithesis of the bright and cheery, spick-and-span boulangeries I’m used to, this one was shadowy and eerily quiet, giving off the distinct impression that everyone inside was having a nap, like any sensible Marseillais would do at this time of day and in this heat.

We called out a tentative “Bonjour?” and after a moment, a lady walked in from the back, in trailing slipper-clad footsteps, and dreamily sold us a little bag of those delicious cookies called navettes (literally “shuttle”, because of their boat-like shape or, as my mom tells me, from the name of the little piece of wood that guides the thread in weaving looms). They are quite simple cookies really, not too buttery, not too sweet. They are crispy when you bite into them, but when you start to chew, they quickly melt down, taking on a deeply satisfying texture that reminds me of my mother’s tart crusts. Our assortment included plain navettes, some with a tad of cocoa powder sprinkled on them, some crescent-shaped with crushed hazelnuts pressed into the dough, and some with dried raisins in them, which I accidently wolfed down before I thought to take a picture.

We sat down at the terrace of a café on a quiet little square, and chatted a bit with the waitress as she brought us our drinks. “Have you been to the chocolaterie?”, she asked. My heart skipped a beat. A chocolaterie? Here? And no one told me? And I almost missed it? Good lord, that was close. She gave us instructions on how to find it, and hazy as the instructions were, we ended up locating La Chocolatière du Panier, on another cute little square called Place des Treize Cantons*. As I found out later, this chocolaterie is world-famous, so much so that it is featured in the Marseille edition of the hippest guidebook collection on Earth, the Louis Vuitton City Guides. We walked up a tortuous little staircase and stepped in, realizing at the very last possible minute that a long-haired, dishwater blond dog was sprawled in the half-open door, asleep.

The house specialty is called La Barre Marseillaise, and consists of dark chocolate melted in large plaques, and stuffed with dried fruits, candied fruit or nuts. They are made daily, broken into roughly triangular chunks, and sold by the weight. Just like the boulangerie, this small boutique had an air of afternoon sleepiness, with the metal racks bearing the day’s production scattered all around, as if no one could possibly find the energy to organize them.

We were greeted by the owner of the store, a large old lady who seemed to suffer greatly from the heat. She explained that this was the last day before she closed the store for the summer, so the selection wasn’t as wide as usual. But we were still able to taste the chocolate with candied melon and the one with black cherries, before we decided to buy a chunk of chocolat aux écorces d’orange (with candied orange rind), and a little rock of chocolate with a lime and coriander praline filling. Both were sampled a bit later that day, and turned out to be as delicious and high-quality as the artisanal store had led me to hope — the chocolate fine and very dark, the fillings fresh, moist, and flavorful.

* 2008 update. The lady who was running La Chocolatière du Panier passed away, but her granddaughter, Marine Le Ray, has taken over and moved the shop to a new location on the opposite side of the Vieux Port, at 25 rue Neuve Sainte-Catherine, 13007 Marseille (06 17 13 14 42). 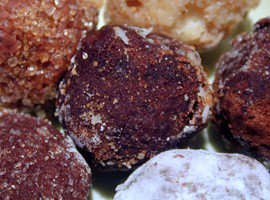