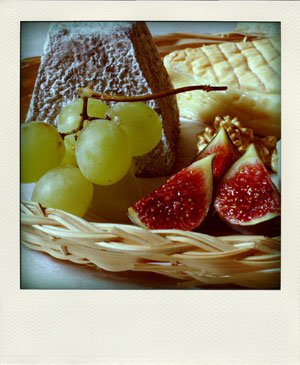 Literally translated as “half fig half grape,” it is used as an adjective to mean that a thing, a statement, or a person is ambiguous, or mixed: half good and half bad, half pleasant and half unpleasant, half happy and half sad, half willing and half reluctant, half serious and half joking*… The exact nature of the ambiguity is inferred from the context.

Example 2: “Elle a déballé son cadeau et nous a remerciés d’un air mi-figue mi-raisin.” “She unwrapped her gift and thanked us with a mixed expression on her face.”

This idiom first appeared in the 15th century, but the reasoning behind it is unclear. Dried figs and raisins (i.e. dried grapes) were both eaten during Lent, and the latter were more prized than the former, which could explain the dichotomy implied between the two.

Other sources indicate that it could come from the fact that Greek merchants, who sold currants (in French, raisins de Corinthe, or grapes from Corinth) to Venetian clients, would occasionally try to cheat them by hiding figs, which were cheaper and heavier, at the bottom of the bags. The author of Expressio, however, dismisses this explanation as a story made up long after the fact. 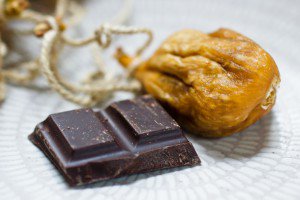