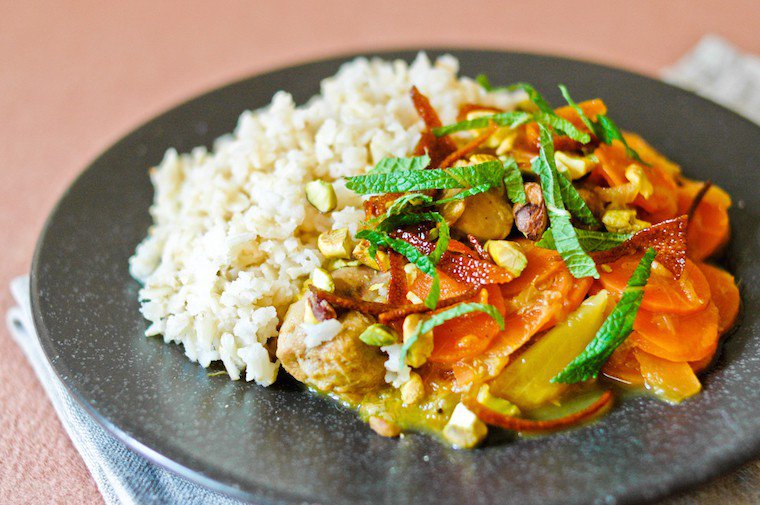 I know little about Persian cuisine. I do know it is a multifaceted one, that its flavors are refined and its roots run deep, but I have never been to an Iranian restaurant nor an Iranian home — though now that I think about it, one of the Middle Eastern groceries we went to in California may have been Iranian — so this Persian stew (that’s what khoresh means) was a foray into uncharted territory for me.

And as far as forays go, this lamb khoresh was positively thrilling: I don’t think I’ve ever cooked a stew so brightly flavored and so subtle.

What prompted me to make it was a little book I recently bought, called Petits Larcins culinaires (“culinary petty thefts,” but it sounds better in French). It is written by a well-known and very likable figure of the Parisian food scene, Claude Deloffre. Claude has a passion for (and a crazy-extensive collection of) cookbooks, and for a few years she ran a specialized bookshop/gallery on rue Charlot, called FOOD*. In this book, her first, she writes about her lifelong relationship with cookbooks and the ones that have meant the most to her, and she shares a few recipes “stolen” — hence the title — from her favorite authors.

As any successful anthology will, this one makes you want to go out and buy each and every one of the books she evokes — were it a website, it would have an “Order All” button — and among the recipes I flagged to try, one of them sprung forward with particular force: it was this Persian lamb stew, on page 63, which Claude simply introduces under the name Khoresh.

This lamb khoresh is a Persian dish of lamb slowly stewed in citrus juice, garnished with candied orange peel, mint, and pistachios.

I wasn’t familiar with the term, but the recipe itself — a dish of lamb stewed in citrus juice, garnished with candied orange peel, mint, and pistachios — sung to me like a mermaid. We were to have Pascale and her husband David over for dinner a few days later, and there was now little doubt about what I would serve.

I altered the recipe just a bit — I used a little less sugar and butter, but more vegetables and more meat, as the amount given seemed insufficient for six, and I added saffron — but overall, I followed Claude’s lead, and found the process easy and pleasurable.

We are at the tail end of the citrus season and the first new carrots are appearing, so now is the ideal time to try this. And if it seems a little supererogatory to candy your own orange peel, I hope I can persuade you to do it anyway: the crisp, caramelized strands sit at the juncture between the sweet, the savory, and the bitter, thus summing up the different facets of this dish and acting as the perfect garnish.

* She eventually had to close FOOD; cookbook fans in Paris now turn to La Librairie Gourmande to fill their needs.

3.1
https://cnz.to/recipes/meat-charcuterie/lamb-and-orange-khoresh-stew-recipe/
Unless otherwise noted, all recipes are copyright Clotilde Dusoulier.

This post was first published in April 2009 and updated in March 2016. 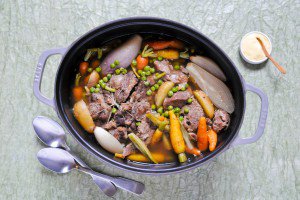 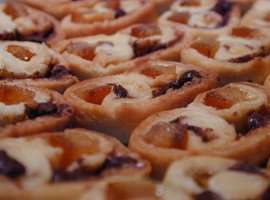 Chocolate and Orange Palm Leaf Cookies
Sign up C&Z NEWSLETTER: Get recipes, inspiration, and Paris tips FREE in your inbox!