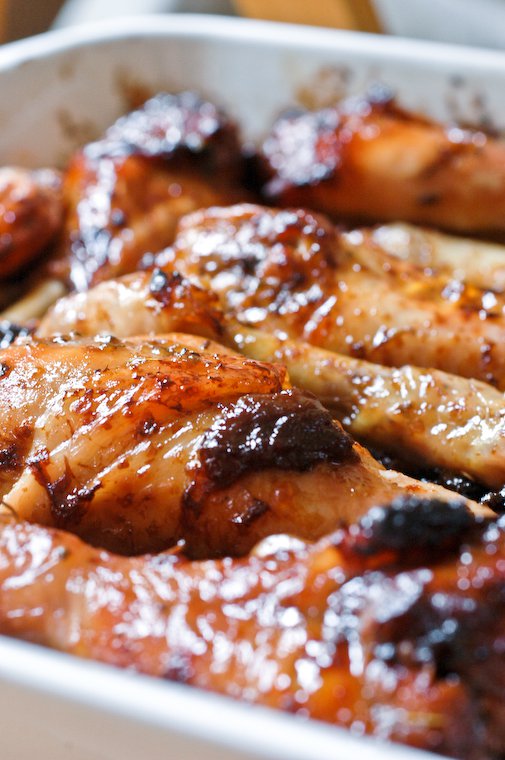 I normally host a big birthday bash every year, or at least that’s what I’ve done the past four summers, inviting friends, old and new, to celebrate the fact that it is late July and the weather is nice and Paris is empty and I’m a year wiser.

But this time, no.

I was a little bummed to break from this young tradition, for I really do enjoy these parties, but the past few months have been a whirlwind, I feel I haven’t had a moment to stop and smell the strawberries, and I am in dire need of a vacation, so the last thing I wanted to do was pile another big project onto my plate. Just the thought of it made me want to go and hide under heaps of shoes in the back of our walk-in closet, which, you may be interested to learn, the French call le dressing.

But it wouldn’t be quite right to bid the previous year adieu without some sort of gathering, so I decided I would still cook dinner for the small circle of my closest friends, sticking mostly to tried-and-true, make-ahead recipes.

You marinate chicken thighs with green olives and prunes, and simply bake the whole thing until it is nicely glazed and browned with crusty bits on the outside, but still moist and tender at heart.

The evening opened on glasses of fine sangria, made with a mix I’d recently been given as a present — it consists in flavored sugar and dried fruits that you marinate in red wine overnight, and I merely added frozen melon balls in lieu of ice cubes. With that we nibbled on slices of saucisson from Savoie, and little toasts spread with either my sardine and harissa mousse or my neighbor Stephan’s eggplant caviar, which I expressly request from him each year.

We then moved on to a buffet-like spread that included my red quinoa salad, made this time with mixed roasted vegetables (tomatoes, red bell peppers, zucchini, and onions) and toasted pistachios; Stephan’s green salad with shrimp and honey vinaigrette; my attempt at a savory cheesecake, which needs more work before I can decently share a recipe; and caramelized chicken thighs.

The latter is a dish that Pascale made for me eons ago (okay, two years). I’d kept the recipe in my files under the name Le Poulet d’Alisa, as Pascale had rechristened it in honor of the mutual friend who had given it to her in the first place. It originated in fact as the Silver Palate‘s Chicken Marbella, but you can trust three successive cooks to make it shift a bit from the original.

The recipe has you marinate chicken thighs with green olives and prunes until the next day, when you simply bake the whole thing, basting the meat often, until it is nicely glazed and browned with crusty bits on the outside, but still moist and tender at heart.

Easier than pie and highly flavorful with its sweet and briny Mediterranean accents, the dish went down very well with our guests. I just wish I hadn’t completely forgotten the final sprinkling of cilantro and toasted almonds. Oh well, that just went into the leftovers salad for lunch the next day.

And for dessert, I had baked one of my favorite cakes in the whole cake world, the blueberry coffee cake, to which I’d added a layer of pecans — toasted, roughly chopped, and tossed with a little maple syrup. We had it with my friend Marie-Laure’s fruit salad, another item without which my birthday wouldn’t quite be my birthday. 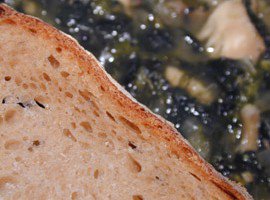 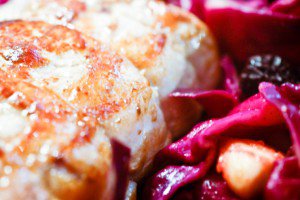 Pork Roast with Spiced Red Cabbage, Apples, and Prunes
Sign up C&Z NEWSLETTER: Get recipes, inspiration, and Paris tips FREE in your inbox!