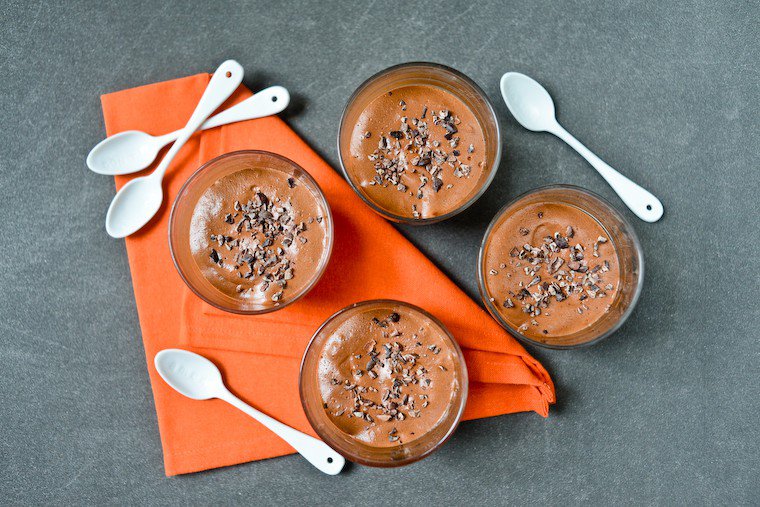 You know how, when you buy chickpeas in a can, they come in this thickish, off-yellow juice, not entirely appetizing to be honest, that you pour down the sink without even thinking about it?

Well, as it turns out, this chickpea brine has properties remarkably similar to those of egg whites: it’s a snot-like (graphic! sorry!) liquid that’s full of protein, and can be whisked to form a beautifully flowy mousse, peaks and all.

This was first revealed in 2014 by a Frenchman named Joël Roessel, author of the blog Révolution Végétale, though the “discovery” results from the incremental efforts of different vegan experimenters.

Since then, aquafaba — as the name was later coined — has taken the vegan world by storm, conveniently solving all baking problems that stem from not being able to use egg whites, without resorting to icky, super-processed egg replacers.

Aquafaba makes it possible to make vegan meringues (!), but the minute I heard about it, my brain went straight to vegan chocolate mousse (need I remind you what my blog is called?).

It’s not just me, of course. There are a few recipes floating around on the Internet, but my different trials have led me to the formula I outline below, which has you weigh the amount of chickpea juice you have, and use the same weight in chocolate.

This is really handy because you don’t always get the same amount of aquafaba from can to can, and the idea here is to use what you have — not open a second can if you’re a few tablespoons short.

For this super easy recipe I don’t add any sugar beyond what’s in the chocolate itself. I use a pinch of salt to enhance the flavors; a little cream of tartar to get more volume from the aquafaba and stabilize the mousse; and some cacao nibs for a little crunch and visual appeal.

What this gets you is my platonic idea of a chocolate mousse: an airy texture that sighs when the spoon dips in, then melts voluptuously on your tongue with an intensely chocolaty, not-too-sweet flavor — and zero chickpea undertones. That’s a promise.

So, why make this? Several reasons: 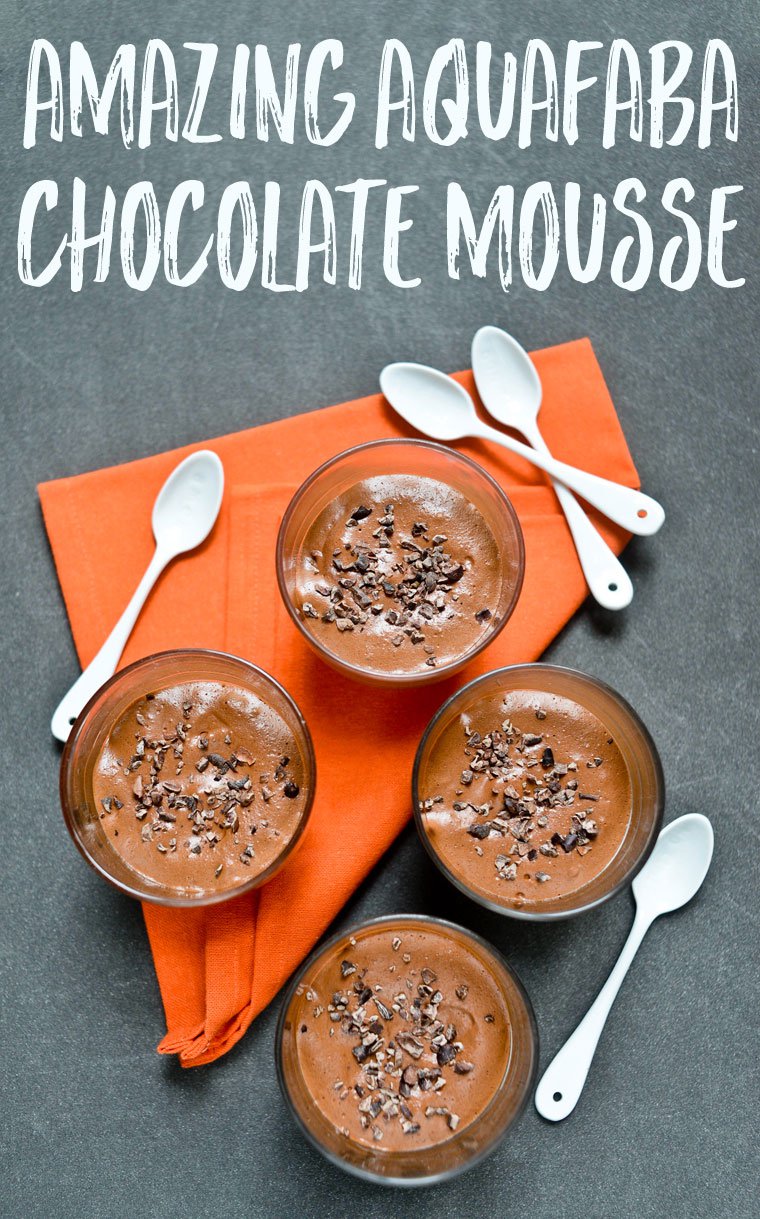 3.1
https://cnz.to/recipes/desserts/aquafaba-chocolate-mousse-recipe/
Unless otherwise noted, all recipes are copyright Clotilde Dusoulier. 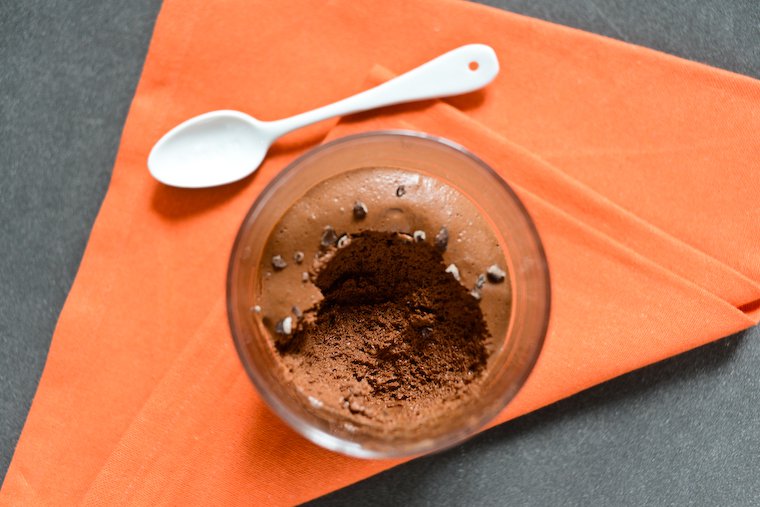 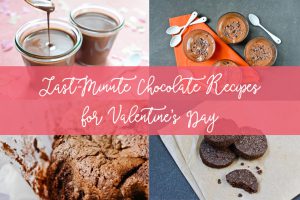 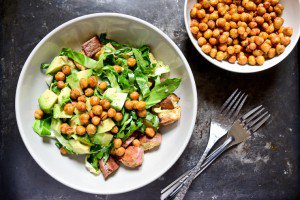