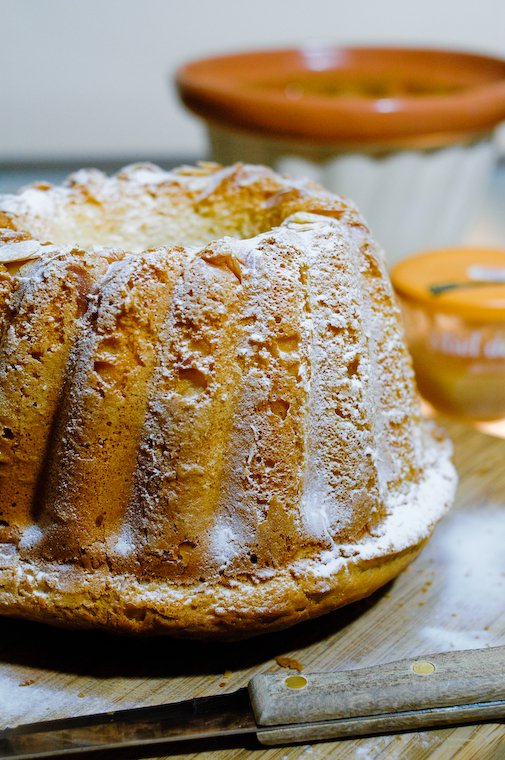 Do you remember Muriel, from Muriel’s Chicken? She’s a good friend of Maxence’s mother’s who lives with her family in Le Perche, and whom we’ve been visiting every year or so with immense pleasure, and frequent sighs of contentment.

Last time we went was in the fall, and Muriel’s two lovely daughters had just started their school year; because they attend university in Paris, it means they live by themselves during the week, and come home on weekends. And in late morning on Sunday, as I was twiddling around in the kitchen, I noticed a brioche dough rising in its mold on top of the radiator. Muriel explained that this was her daughters’ weekly kouglof, which they took with them on the train and ate their way through during the week.

I thought the idea heartwarming — this is exactly the sort of thing I could see myself doing if I had daughters to send off to college — but more to the point, I had to ask: would she give me her recipe? Muriel, as I hoped she would, opened her kitchen notebook to the tattered page where she had written her own mother’s recipe, and allowed me to jot down the ingredients and instructions.

Muriel makes a weekly kouglof for her daughters, who take it with them on the train to their city apartment and eat their way through it during the week.

Kouglof, also spelled gougelhof, kougelhof, gugelhupf, kugelhof, kugelopf, or kugelhopf (dizzy yet?), is an Alsatian brioche, usually garnished with almonds and raisins, and baked in a glazed earthenware mold that gives it the shape of a crown, or a turban. Similar brioches have been baked since the Middle Ages in a large area that also comprises Austria, Luxembourg, Switzerland, Flanders, and parts of Germany, but in my heart I think of it as a specialty from Alsace and Lorraine, because that’s the sort I’ve been exposed to while on vacation there with my family.

It is on one such trip that I decided I was in urgent need of a kouglof mold of my own. In a bakery in Munster I spotted, on a high shelf behind the counter, a few really old ones that would have made me very happy — well-seasoned molds become practically non-stick* — but they weren’t for sale, so I settled for a new one, and chose the simplest model possible, an off-white mold with a caramel-colored glaze, in a shop in Colmar.

This was the summer of 2004, and I have little choice but to confess that the poor thing only gathered dust at the top of my kitchen cabinet for the four and a half subsequent years. I am a terrible person, I know. But this is a story with a happy ending, for all of a sudden, a couple of weeks ago, inspired by Muriel’s recipe and armed with a little bag of fresh yeast from the bakery, I decided to put an end to its consignment. I rolled up my sleeves and got to work.

A few hours later, I was beholding a fragrant kouglof, a moist and light-crumbed loaf I’d baked sans raisins, because raisins in brioche make me wrinkle my nose like a five-year-old. This is the perfect project for a lazy day at home — start in late morning if you want the kouglof to be ready by teatime — but, let me tell you, it is a dangerous, dangerous one for the professional procrastinator working from home.

This recipe produces a not very sweet brioche, meant to be sliced and slathered with jam, honey, or the spread of your choice. And while kouglofs are classically garnished with almonds and raisins, you can try other combos of dried fruits and nuts, such as sour cherry and pistachio. This type of brioche takes well to a subtle citrus flavoring, too, so you could add a little orange flower water, finely grated citrus zest, and/or candied citrus peel. And although you’d be taking a step further away from tradition, I can’t see the harm in a cocoa powder and chocolate chip variation.

* While looking around and reading other people’s thoughts on kouglof, I stumbled upon a post by a woman who explained that, once she’s baked enough kouglofs in a mold to season it, she gives it away to a beginner kouglof baker, and starts over with a new mold. Can you think of a more thoughtful gift? 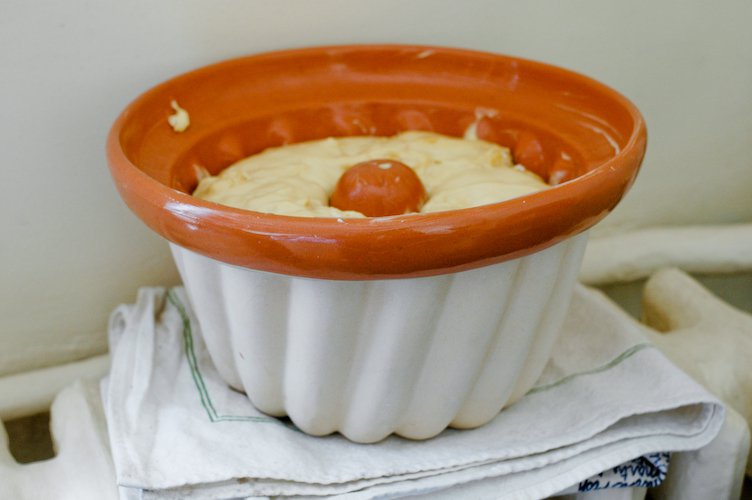 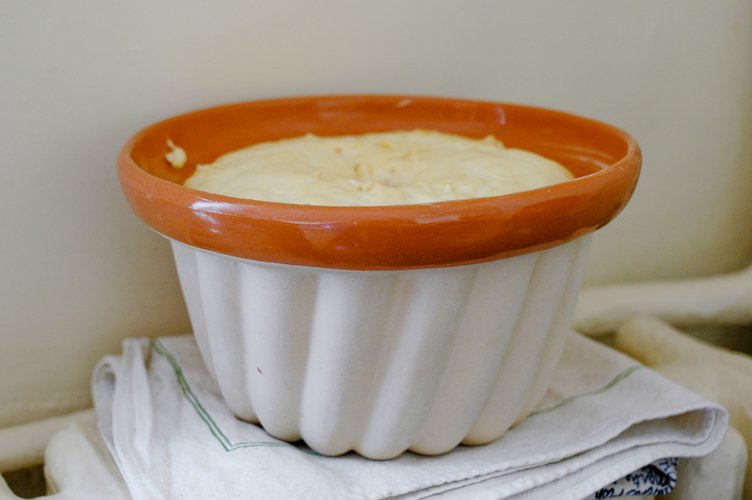 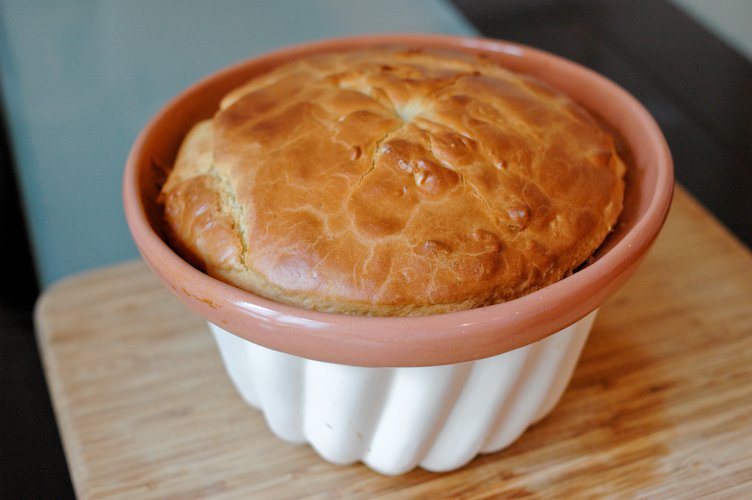 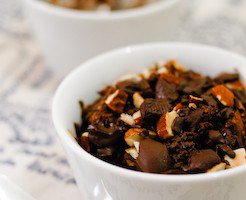 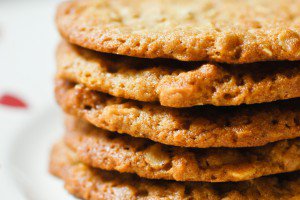