Hello, I'm Clotilde! C&Z is all about fresh, simple, and colorful foods from my Paris kitchen. Learn more »
[nopic], Best of
26

Happy New Year! Here’s to 2013 and the glorious meals, peals of laughter, new friends, and unforgettable adventures I hope it has in store for you.

Before we remove the protective film from this brand new year, I’d like to take a moment to look back on some of the best things 2012 brought. The two biggest, happiest events for me have been (1) the birth of my baby boy in the spring — Milan is now seven and a half months and he’s a ray of sunshine — and (2) wrapping up the manuscript for my upcoming vegetable cookbook, which will come out mid-2013 under the title The French Market Cookbook.

Here on Chocolate & Zucchini, after a little post-baby break, I was delighted to come back with two new series of Q&A posts: Draw Me A Fridge (in collaboration with my friend Alexia Colson-Duparchy) offers a sneak peek into our guests’ fridge habits, while Parents Who Cook asks parents about their kitchen life after they had children. I also picked up the Edible Idioms series where I’d left it, except now they’re illustrated by Mélina Baumert‘s wonderful watercolors.

Aside from these, here are some of the highlights of my year — and if you care to share your own, I’d love to hear about them!

Most frequently made pasta dish: curried butternut squash pasta, which I’ve cooked with various kinds of winter squash and various shapes of pasta.

Favorite vegetable to play with: kale, which has just recently become more readily available in Paris.

Favorite new store: Sipeasy, a great little store in my neighborhood that’s devoted to cocktails and everything you need to mix them at home, including rare and hard-to-find liquors.

Favorite new utensil: the stovetop smoker I received in preparation for an article I’m writing, which I’ve played with to exciting results.

New favorite hangout: Le Poussette Café, a joyous haven for new parents, where I went once or twice a week after Milan was born.

What about you, any faves to tell us about? 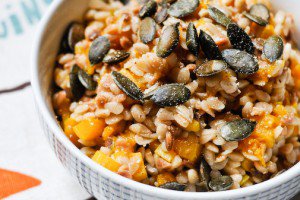 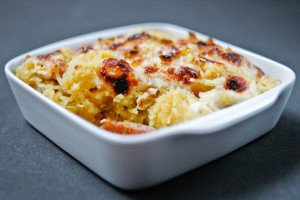 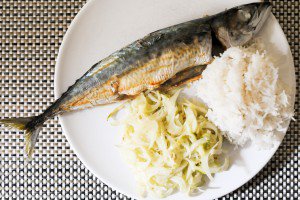 Roasted Mustard Mackerel with Fennel
Sign up C&Z NEWSLETTER: Get recipes, inspiration, and Paris tips FREE in your inbox!