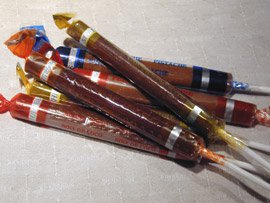 When I was a child, my family spent a week in Brittany every year during the spring break. The place where we went most often was Carnac, on the South coast of Brittany, a little town famous for its stunning prehistoric menhir alignments. It was always quite a gamble on the weather, as that time of year has equal chances of being brightly sunny, or grimly overcast and even thunderous. But I would be hard-pressed to choose the kind of weather I preferred : of course I loved riding my bike in the sun until I had sunburns on the backs of my hands, and building sandcastles that we fought to protect against the rising tide ; but I also have great memories of watching storms from the safety of the seaside, in awe of the strength with which the waves came crashing onto the pier. Getting dressed from head to toe in waterproof gear, walking on the beach against the fierce wind, flying kites, and coming home, the four of us red-cheeked, drippy-nosed, hardly seeing a thing through our soaked and salty glasses.

But my personal favorite, the treat I looked forward to the most, was Les Niniches : a hard candy in the shape of a long, thin cylinder, in a colored wrapping, with a little stick to hold it.

Les Niniches are in fact a specialty from Quiberon, a nearby town built on a peninsula, in a geographical configuration blessed with the lovely French word “presqu’île“, meaning “almost island”. How pretty is that? Originally they were sold in Quiberon only, but as their popularity grew, the Confiserie d’Armorine who makes them widened their distribution scope and, in particular, opened a Niniche store in Carnac, to my delight.

There are several reasons why I loved Niniches. The first, and most obvious one, was the name : I don’t know how it sounds to the general public or to an English ear, but a word half-way between “nunuche” (silly or daft) and “nichon” (tits) was a sure-fire way to send my sister and I into fits of giggles, repeating it over and over in the backseat of the car.

But a name isn’t enough to make or break a candy, and the great appeal of Les Niniches is the huge variety of flavors on offer. Many fruit flavors, from strawberry to melon, pear to banana, but also many more interesting ones, to my palate at least : pear-chocolate, flaky praline, caramel-coconut, pistachio, nougat-sesame… These flavors are displayed behind the large counter in Niniche stores, where the wall is divided into several dozens of compartments, each one containing a few handfuls of Niniches in that particular flavor.

I already suffered from chronic indecisiveness at the time, and I could stand behind that counter for quite a while, studying the flavors, trying to decide which ones I liked best, which ones I could get for my friends and family, and whether I should go for the tried-and-true classics or venture out into unexplored territories. I would then walk away, clutching my bounty in a little paper bag with a beach cabin drawn on it, peeking inside to relish in the thought of the flavors I had chosen.

And they are, of course, a delight to eat, too. Too long to put entirely in your mouth, you start by sucking on the top part, until it gets thinner and thinner and you can snap it off, then chew on it and fill the crevices of your teeth with caramel. You then get back to the candy on the stick and work at it again, until there is but a little piece remaining on the stick, which you can bite on, splitting it in two. Even though I probably knew at the time how dangerous it was, a Niniche was a particularly pleasant companion to a bike ride along the beach.

The Niniches you see on the picture here, were found at the boulangerie Le Grenier à Pain on the rue des Abbesses. Not as many flavors to choose from there, but all the right ones, and I happily bought myself (and the kid in me) half a dozen.

Sign up C&Z NEWSLETTER: Get recipes, inspiration, and Paris tips FREE in your inbox!
Tagged: Candy 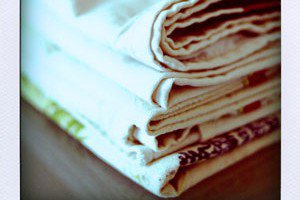 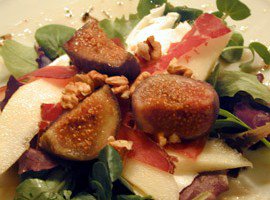 Cooking on Vacation by Chika Yoshizaki
Sign up C&Z NEWSLETTER: Get recipes, inspiration, and Paris tips FREE in your inbox!