Hello, I'm Clotilde! C&Z is all about fresh, simple, and colorful foods from my Paris kitchen. Learn more »
Cooking on Vacation
5 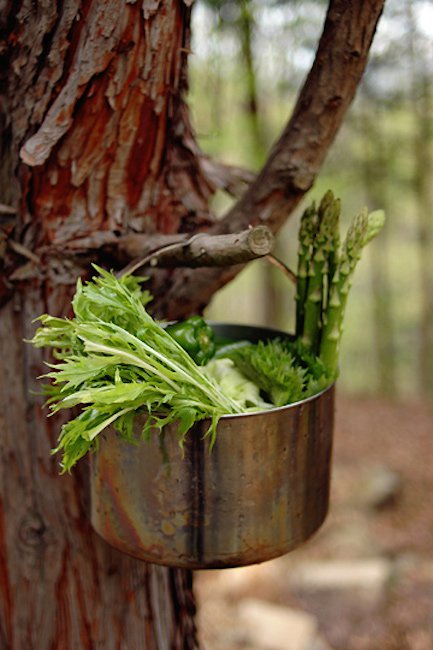 This is part of a series of Q&A’s about cooking on vacation. The complete list of posts in this series is available here.

Chika Yoshizaki is the Japanese writer, photographer, and translator behind the blog She who eats, where her luminous photography allows us a glimpse into the kind of foods she cooks and eats in Tokyo, and wherever her frequent travels take her.

Here she tells us about traveling with a bottle of soy sauce, listening to rice as it cooks on an open fire, and drinking dry French cider with her aunt.

Did you take a vacation this summer, and did you have a chance to cook while there?

I went on a two-week trip to Europe from June to July, but I didn’t cook there — unless you count throwing a bunch of fresh berries into a tub of plain yogurt in my small hotel room as “cooking” (guess not). Other than that, I don’t have a plan to go on a vacation this summer. Although, being holed up deep in the countryside in the mountainous prefecture of Nagano where I am spending the whole summer in a small family cottage, I suppose you could argue I am indeed on vacation. Sort of. And I have been cooking/baking a lot here, taking advantage of an abundant selection of fresh local produce that Nagano’s nature offers.

I don’t think my cooking style would be very different whether I am cooking at home or elsewhere on vacation. It’s mostly about seasonal ingredients simply cooked, with occasional experimenting with ingredients that are new to me and/or cooking methods that may be more complicated than what I’d normally do. But I do tend to be (even) more local ingredient-driven when I’m cooking away from home; I like to try what locals eat, or cook with something I wouldn’t find back home.

Are there utensils or ingredients you always take with you when you go on vacation? If so, what are they? If not, what do you unfailingly regret not taking?

I think it would depend. For a camping trip, we’d naturally take quite a lot of stuff with us because we wouldn’t find pots or pans for us to use at a remote campsite. Otherwise, I don’t normally bring anything from home, whether I am staying at family’s or friend’s place or an apartment hotel; they’d often have more than just the basics, and I can usually whip up something with whatever I find on the spot.

That said, I must say good salt and pepper do help a lot when you are preparing something simple (which is often the case with cooking on vacation); a few sprinkles of good flaky sea salt or generous grinds of black pepper are things I’d miss when all I can find is table salt and pre-ground pepper.

Also, I know some Japanese people travel with a small bottle of soy sauce. Just a drizzle of soy sauce over whatever you are cooking will make it taste more or less familiar. It can make an instant solution to a craving for taste of home, especially when you are traveling out of Japan. I have never sneaked a bottle in my luggage for my vacations overseas, but I did get one of my favorite brands in Tokyo and brought it along with me last year when I went to Kyoto for a three-month stay (though I wouldn’t say it was a “vacation”).

Soy sauce (shoyu in Japanese) is one of the most important condiments for the Japanese and can be found anywhere in the country, but its flavors can vary widely among different varieties, and different varieties are often used in different regions. I’d gladly try different flavors in different places I visit, but if I am to cook for myself in a long-term stay away from home, I think I’d like to keep a kind that I’m familiar with as far as soy sauce is concerned. And I suspect many folks feel the same way about miso, as well.

And this is not essential either, but sometimes when I’m cooking outside Japan, I wish I had a pair of cooking chopsticks — those long ones made from bamboo that we use all the time over here. We cook pretty much everything with them!

What is your best vacation cooking memory, as a child or an adult? And your worst?

When my sister and I were young kids, my parents used to take us on a camping trip in the summer, often together with one of our aunts and her husband, who were very close to our family and by far our favorite auntie and uncle. They and my father were keen on fishing back then, especially freshwater fishing — so we’d normally go to some mountain campsite by the stream, where we’d play with water and run around in the woods.

There cooking would often revolve around just-caught freshwater fish (what else?), grilled on bamboo skewers over charcoal. And there would always be rice — cooked in hango, a small metal pot with a lid and a handle specifically designed to cook rice outdoors on open fire. Rice cooked in hango always comes with okoge, the crisp, semi-burned crust of rice stuck at the bottom of the cooker, which is pretty much the best part of the entire batch of rice if you ask me. But cooking a little too long and what would have been the delicious semi-burned crust would turn into, well, a charred mass of tough mess that would never come off the bottom of the pot.

Now the tough part is, you are not supposed to disturb the rice during cooking (when cooking Japanese rice anyway); absolutely no stirring, no shaking the pot, not even opening the lid. So I remember my sister and me closely watching over the pot of rice on the fire, listening to the rice sizzling away and sniffing out the smell of rice slightly burnt, to get the perfect okoge — not always very successful, but we’d get kick out of it, at least until it was time for us to wash the pot. Nowadays we’d bring a pressure cooker and cook rice on a camping gas cooker, so we get more consistent results, but not as much fun!

As an adult, I am really lucky to have been able to go on a trip to a number of places outside Japan. I am always eager to try something new everywhere I go, and I have had a lot of memorable cooking moments on the road, from making simple sandwiches on a beautiful remote beach on the Big Island of Hawaii to cooking Japanese dishes at a friend’s house in London for an Easter lunch. But one that stands out would be of when I went to the South of France with my aunt (the same one we’d go camping with) more than ten years ago.

It was my first time visiting France properly (as opposed to passing it by on the train to/from other countries in Europe), and hers too. It was in late May and the weather could not have been more gorgeous. We rented a place with a kitchen in Aix-en-Provence, then one in Nice near the beach. We’d check out the market and come back with a basket full of fresh vegetables to cook with at the apartment hotel. For dinner one day we made something like ratatouille and had it with bread and a bottle of dry French cider. It may seem nothing special, but it was a pure bliss for us back then, when vegetables like zucchini and bell pepper (capsicum) or fresh herbs such as basil and rosemary would not be found at your local grocery stores in Japan, and the kind of cider we knew was sweet, cheap apple juice-like stuff, a far cry from the crisp and dry variety you get in France. Combined with the irresistible charm of the South of France in early summer, this simple dinner was forever etched into my memory.

And no, I don’t really have any bad vacation cooking memory — except perhaps when I was making breakfast only half awake on one of those camping trips, I picked up what I thought was a solitary edamame from the vegetable basket and it turned out to be a fat worm. That certainly woke me up — and everyone in the vicinity.

Do you have a tip or saving-grace recipe that makes your kitchen life easier while on vacation?

I have no particular recipe specifically for vacation cooking, but something we seem to make a lot when camping is curry. We usually make Japanese curry using a store-bought curry roux or powder, but it can be Thai or Indian, too. You can use whatever mixture of vegetable, meat, and/or seafood you happen to have, whether they are familiar ingredients or not.

Curry is such a forgiving dish that you can throw basically anything into the pot and you’ll always have a decent, nourishing meal. Whether it is vegetables you bought too much of from a local farmer’s market or any leftover meat from the barbecue, a pot of curry will take care of it. You do need to have a curry or paste or roux to begin with, but it’s totally worth it. 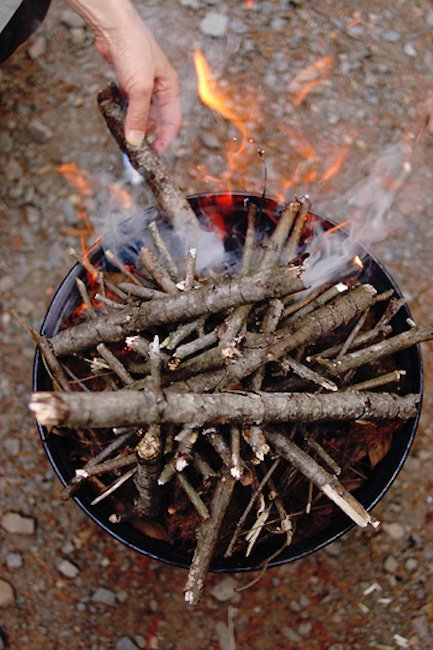 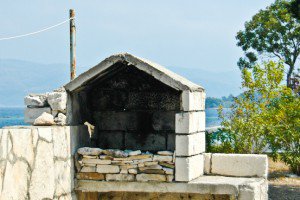 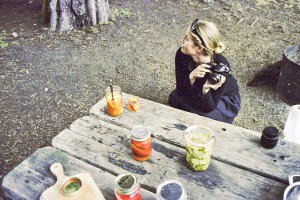 Cooking on Vacation by Heidi Swanson 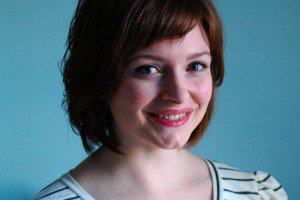 Cooking on Vacation by Sarah McColl 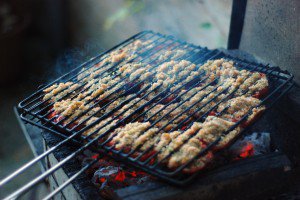 Cooking on Vacation by Luisa Weiss