Hello, I'm Clotilde! C&Z is all about fresh, simple, and colorful foods from my Paris kitchen. Learn more »
Books & Cookbooks
27 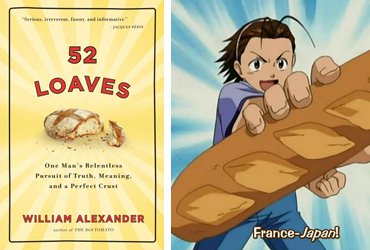 Bread baking is one of those activities that can quickly become obsessive, like knitting or playing red dead redemption. It’s not really something you can remain casual about, not if you want to improve your skills, so you find yourself combing through forum discussions, bookmarking blogs and websites, buying books — anything to satisfy your thirst for knowledge and inspiration.

I say it’s fine to embrace such a harmless obsession — unless you start to ignore your infant’s cries because your loaf needs shaping — and I’d like to share two cool things to fuel it.

Subtitled “One Man’s Relentless Pursuit of Truth, Meaning, and a Perfect Crust,” 52 Loaves is a memoir that tells the story of a middle-aged man who decides to bake a loaf a week during one year, to try and recreate the superlative loaf he’s once tasted.

I received it as a review copy, and I admit I was dubious at first — it had the potential of reading like a self-important, overblown tale — but that’s probably because I’d never read anything by William Alexander before: it turns out he’s a funny, relatable, and (sometimes painfully) honest writer.

Divided into 52 chapters, the book documents the baking and life lessons he learns over as many weeks, from his inaugural doorstop loaves to his first attempts at sourdough, from building his own wood-fire oven to growing his own wheat and milling his own flour (!), and finally to the apex of his story, an unexpectedly moving episode I’m not about to spoil for you.

It is an engaging and instructive read with great rhythm, and if you’ve been on your own quest for good home-baked bread, I think you’ll find it as engrossing as I did. It is the book I was reading in Japan and well, I blame William Alexander for making me miss Mount Fuji while riding the bullet train. 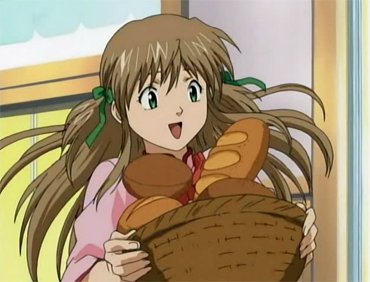 I first learned about Yakitate!! Japan from Andrew over at Lovescool, who wrote about it years ago: it is a Japanese manga created by Takashi Hashiguchi, and later adapted into an anime for Japanese television.

It tells the story of Azuma Kazuma, a young boy who’s not the brightest lantern in the temple, but who happens to have the rare gift of Solar Hands — magical hands that work wonders on bread dough and make him an exceptional baker.

The boy loves bread so much that he decides to “create a Japanese bread made by and for the Japanese people, which can be presented to the world proudly.” This bread is what the Ja-pan in the title refers to, as “pan” means bread in Japanese. (I am told “yakitate” means freshly baked.)

I have not seen the manga, but I’ve been watching the anime with open delight. By no means should it be seen as a crash course on bread baking — the scriptwriters’ interpretation of the baker’s craft is often hazy — but it is a lot of fun to see the theme of bread through the anime lens, in a fictional Japanese environment. It’s a good language learning tool*, too, as the subtitling comes with explanations of the numerous puns used in the dialogue.

The sixty-nine episodes are available for purchase on DVD through the official site, but those are in Japanese only. If you would like to watch them with English subtitles, Andrew suggests sources. Naturally, he warns that “the legality of these [is] suspect, but [the episodes are] nevertheless widely available to download and watch.” I regret that there isn’t a better way to enjoy the series, but posts like Andrew’s and mine might somehow encourage the copyright owners of the manga and anime to make them available legally to English-speaking fans, you never know, so perhaps it’s not entirely objectionable.

* I have a Japanese textbook called Le Japonais en manga, which I don’t use nearly as diligently as I’d like to, but the idea is to teach yourself Japanese through manga examples. It has been translated to English under the title Japanese in Mangaland; Japanese the Manga Way is a similar title that seems to have received better reviews.

Stills borrowed for review purposes from the anime Yakitate!! Japan. 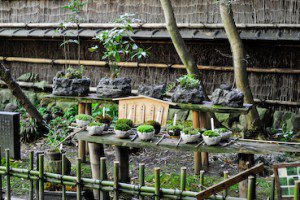 Japan on My Mind 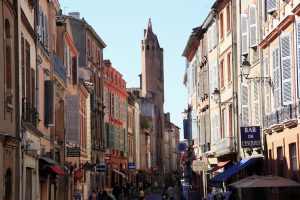 Best Eats in Toulouse, From a Local 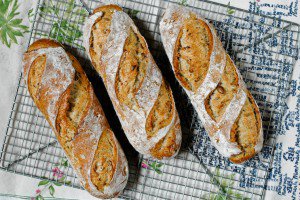 Best of 2010
Sign up C&Z NEWSLETTER: Get recipes, inspiration, and Paris tips FREE in your inbox!