Hello, I'm Clotilde! C&Z is all about fresh, simple, and colorful foods from my Paris kitchen. Learn more »
Books & Cookbooks
33

As some of you already know, I am currently working on my first cookbook. This is both an exciting and agonizing endeavor, and while many resources can be found out there — books, blogs and websites — to learn more about writing novels and books in general*, I haven’t found many** that will hold your hand through the specific process of writing a cookbook. Hence my wish to share with you the ins and outs of the path I am taking.

In this second installment (read the first one here) I will tell you a bit about what forms the backbone of a cookbook — the recipes.

A note before I begin: please forgive my occasional vagueness when it comes to the content and structure of the book. I’ve always hated spoilers and I’m not about to spoil this one for you, but more importantly it is still largely a work in progress, nothing is set in stone yet, and like anyone who pours his heart into something, I don’t feel quite confident unveiling too much until it’s all polished and ready to fly out into the world (like that will ever happen).

The book will include 75 recipes, all of them new and previously unpublished — except for three, which I thought of as “classics” from C&Z and felt like featuring again. Some people have asked why I didn’t use more recipes from the website (my contract would allow me to) but it’s really quite simple: I want to give regular readers a good reason to buy the book, and I want to thank them for their support by offering original content. Conversely, I want to give buyers of the book a good reason to log on to C&Z where they’ll find more writing and recipes. And finally, I am just not very interested in collating posts from the past: it’s an infinitely more rewarding challenge to come up with all new dish ideas and the stories to go with them.

This recipe list is the very first thing I turned my attention to when I started working on the book in July: I had drawn up a chapter structure for the proposal, which I kept, but back then I had used mostly recipes from C&Z to flesh it out. Now I wanted to create a new set of recipes which I’d feel excited about, and would still fit into the structure. The way I tackled this was to go through my favorite cookbooks and magazine clippings, browse through the archives of C&Z (half of the stuff I had completely forgotten about), and leaf through the pile of notebooks I’ve kept these past few years, in which I scribble ideas and thoughts and dishes tasted. From all of these sources I wrote down the pairings and techniques that inspired me, unleashing others from hidden places in my mind, memory and imagination.

Once this was all safely captured on the thinly lined paper of my trusty spiral notebook (my official book writing companion), I sort of shook it all together vigorously, whilst softly chanting good-luck mantras. Once the dust settled, new recipes and old favorites had emerged, volunteering to be included in the book. This was a thrilling task, full of possibilities and hope, ideas gushing from every corner and coming together beautifully.

At that point I had about twice the amount of recipes I really needed, and went on to consider the list as a whole, thinking in terms of variety, coherence and harmony. I had to make sure the recipes were all nicely different (no close cousins allowed) and used ingredients that were reasonably available (I had to bid farewell to the bone marrow and the woodpigeon). That there was something for every season (which is somewhat difficult in July, when all you can think about is peaches, fresh herbs and tomatoes), simple dishes as well as more involved ones, and that all of them stayed true to my tastes and my idea of playing in the kitchen.

After a couple of weeks’ work the list was ready for testing. I find it interesting to note, however, that the recipe list turns out to be a living and breathing thing: over time, my enthusiasm for some of its items has deflated a bit (or the testing wasn’t quite convincing), and I’ve replaced them with others, which feel shinier and more tempting now.

Stay tuned for the next episode of this Book Update series, in which I will talk about the recipe testing!

* The most inspiring so far has been the classic, tremendously helpful, heart-warming and funny Bird By Bird

and Will Write For Food

. If you have more suggestions, I’d love to hear them! 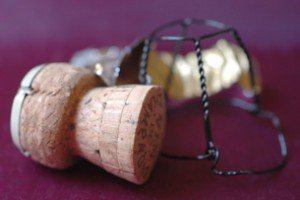 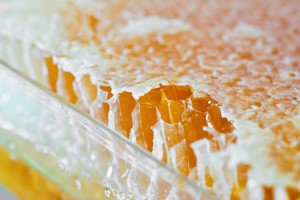