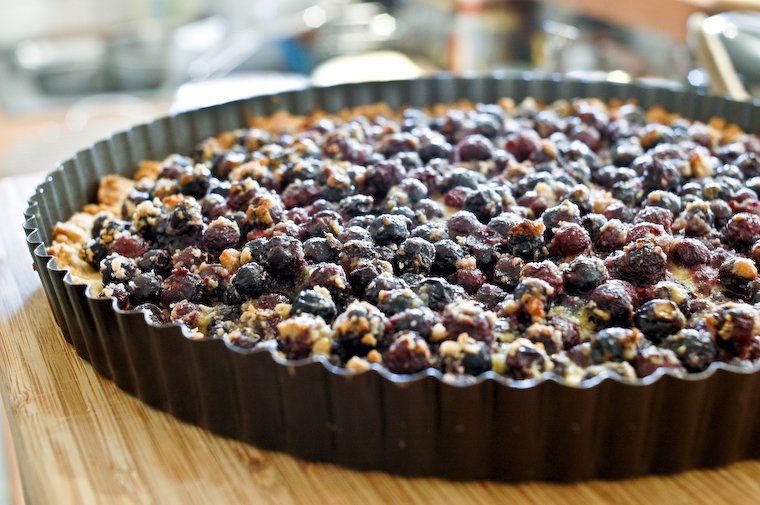 Two years ago, I received a sweet email from a Canadian woman named Delphine. She explained that she and her French boyfriend run a farm in the Aube, about two and a half hours to the Southeast of Paris, on which they grow — among other things — Saskatoon berries*. Did I know this North American fruit? Did I want to try it?

A new fruit! One I’d never even heard of! Of course I wanted to taste it!

Flavorwise, I find the Saskatoon berry to be a cross between the blueberry and the blackberry: not quite as sweet and a little more mealy, but fragrant, with a lingering hint of almond.

Because Saskatoon berries are only in season for a short period of time in late June (this explains why they’re also called Juneberries), the window in which to obtain fresh berries was rather narrow, and we couldn’t make it work that year, or the next. But Delphine is nothing if not persistent, and the third time was a charm: this year, her younger sister, who lives in Paris, was able to drop by my apartment and kindly deliver a few baskets of the dark purple beauties.

Although the looks and common names of the amelanchier alnifolia make it seem a berry**, botanists will tell you that it is in fact a pome, like the apple and the pear. It grows in clumps on tall shrubs, in the wild or in orchards. It is native to Alaska, Western Canada (like Delphine, who is from Calgary), and to the Northwestern to North Central states of the United States, but it is little known beyond those areas.

Flavorwise, I find it to be a cross between the blueberry and the blackberry: not quite as sweet and a little more mealy, but fragrant, with a lingering hint of almond. They are said to be full of antioxidants, vitamins and minerals, so they may very well be the next superfood everyone goes crazy over.

We ate some of ours raw — on their own or with yogurt — and because it seemed the Saskatoon berry would thrive wherever the blueberry does, I decided to make a tart inspired by my mother’s blueberry tart, and serve it to friends we’d invited over for a SingStar party. 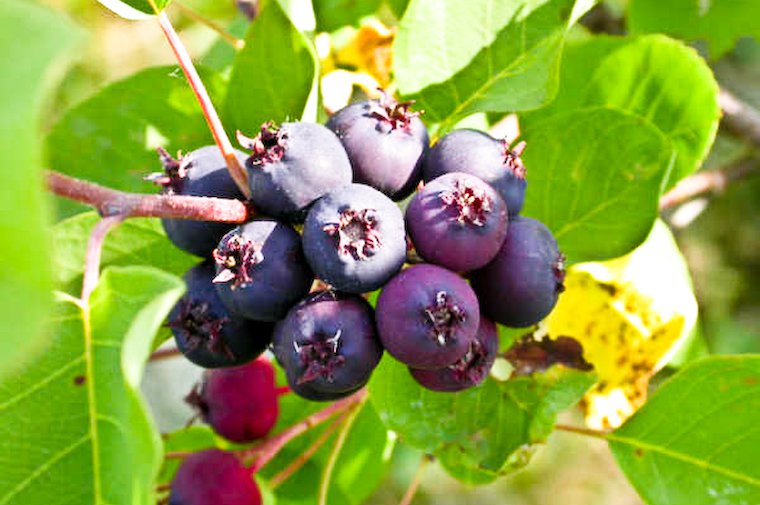 I used my mother’s easy pâte sablée, which blessedly requires no rolling, only I added a teaspoon of white vinegar to the mix, having recently read that the acid helps make tart crusts flakier by weakening the gluten network. This was confirmed by Harold McGee’s indispensable On Food and Cooking***, and by the delicate texture of my tart crust.

I had a handful of fresh black currants to use so I threw them in with the berries, and I also decided to add almond flour to the filling, to accent that side of the berries’ personality, and to absorb excess juice should they render any. As it turns out, Saskatoon berries don’t lose their shape in the baking — their skin is somewhat thicker than that of blueberries and it doesn’t seem to rupture as easily — but the powdered almonds turned to golden toasty crumbs in the oven that complemented the berries very well.

My friends were suitably tickled to discover a new fruit, and the tart was promptly devoured, in between Don McLean’s American Pie (what else?) and a very impressive solo version of Naughty by Nature’s O.P.P..

Because Delphine’s berry delivery had been generous, I still had some berries to use after that, so I made a fine clafoutis — roughly using this recipe but with a bit of levain — and froze the rest.

Any suggestions on what to do with the frozen berries?

* To Delphine’s knowledge, theirs is the only farm in France that grows Saskatoon berries. You can buy some directly from them during picking season, for about three weeks in late June. Ferme Moonriver, 1 rue de la Croix, 10140 Unienville (map it!), +33 (0)3 25 92 07 79. (Note that they also raise fowl.)

** In truth, once you start looking into the ins and outs of the term berry and how it’s used in common speech vs. from a botanical point of view, you realize you pretty much get it wrong all the time.

*** On Controlling Gluten Strength (pages 523-525), McGee writes, “There are a number of ingredients and techniques by which the baker controls the gluten strength and consistency of doughs and batters.” And he proceeds to list them, ending with, “Acidity in the dough (…), which weakens the gluten network by increasing the number of positively charged amino acids along the protein chains, and increasing the repulsive forces between chains.” 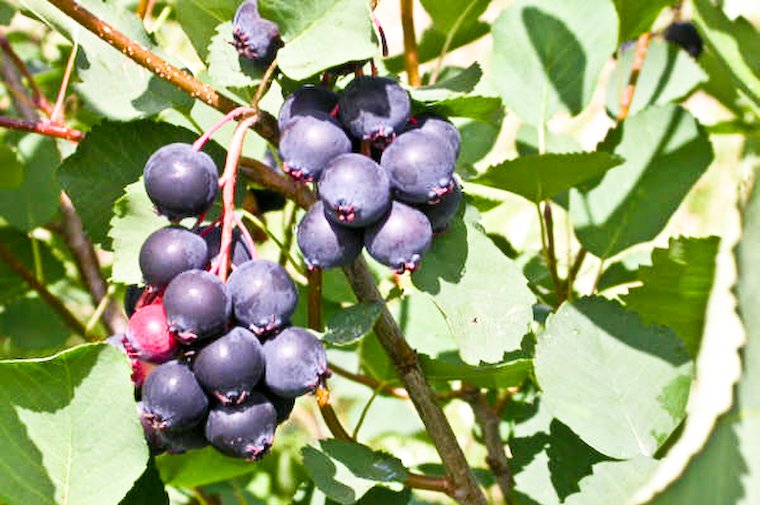 For the pâte sablée crust:
For the filling: 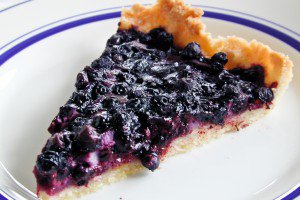 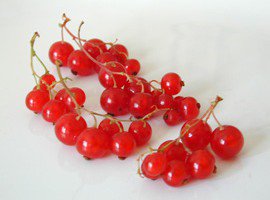 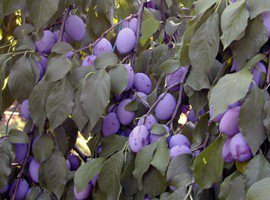