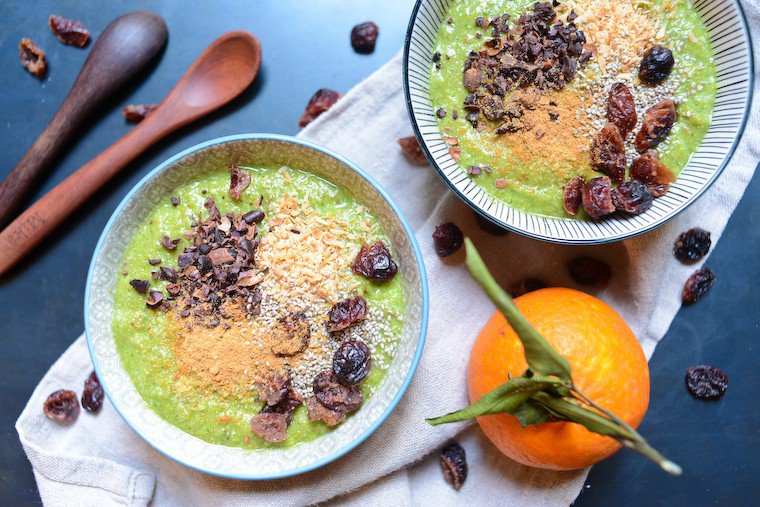 You are looking at my current breakfast bliss. Green smoothie bowls have become a favorite of mine, and starting my days with these nutritious, delicious, energy-filled bowls shines a bright winter sunlight on my mornings.

Surely you’ve heard about green smoothies and how they’re taking the Internet world by storm. The idea is to add greens and various superfoods to your fruit smoothies to make them extra good for you, and to give you a headstart on your daily consumption of fresh produce. Beyond the inherent nutritional benefits of the green smoothie, aficionados report a halo effect that steers them toward healthier food choices throughout the day.

I was very tempted to get on board, but I’ve always been more inclined to eat my calories than drink them, so I could never quite warm up to the green smoothie. That is, until I discovered the concept of the green smoothie bowl, wherein you give it a thicker consistency so you can eat it with a spoon and — perhaps more important — sprinkle on all kinds of goodies for added texture.

How to build a green smoothie bowl

There are endless ways you can make a green smoothie bowl, but I typically build mine like this, with an emphasis on immune-boosting ingredients:

END_OF_DOCUMENT_TOKEN_TO_BE_REPLACED

Behind the Scenes at La Maison du Chocolat 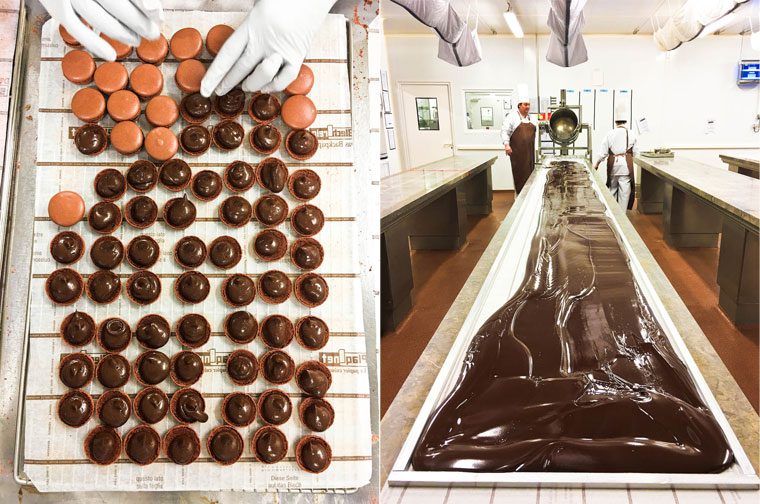 A little treat for you and me today!

A few months ago, I had the wonderful opportunity to visit the facility where all La Maison du Chocolat treats are manufactured, in Nanterre, just outside of Paris.

END_OF_DOCUMENT_TOKEN_TO_BE_REPLACED

Food Blogger Pro: Why I Joined and You Should Too 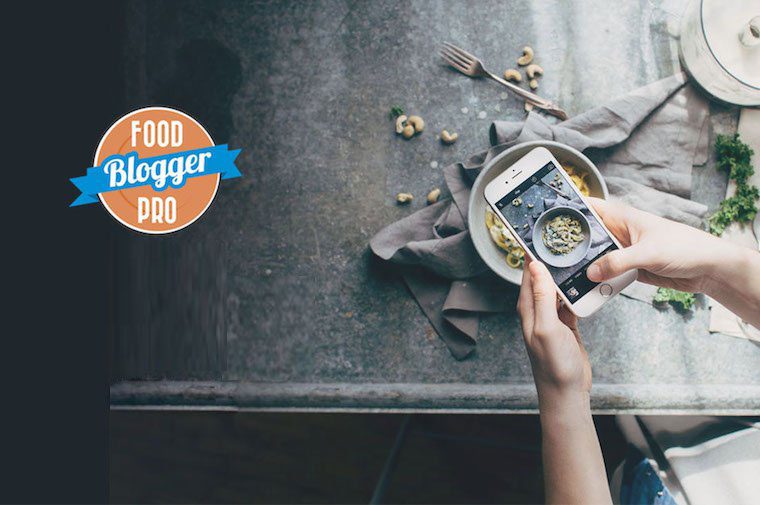 If you’re a Chocolate & Zucchini reader, there’s actually a good chance that you have a blog of your own, or are thinking about starting one.

And whether you’re just in this for the fun of it, or have ambitions to turn your talents into an occupation that pays the rent, I’m sure your number one goal is to grow your food blog: blogging is such an all-consuming activity that it’s natural to want the greatest number of eyes on the fabulous content you strive to create.

This means working really hard to hone your craft and put out content you’re excited to share (if you lie sleepless because you can’t wait to hit publish in the morning, you’re doing it right) but it also means staying in the game in terms of social media and, for those with professional goals, monetization.

END_OF_DOCUMENT_TOKEN_TO_BE_REPLACED

How to Spatchcock a Chicken 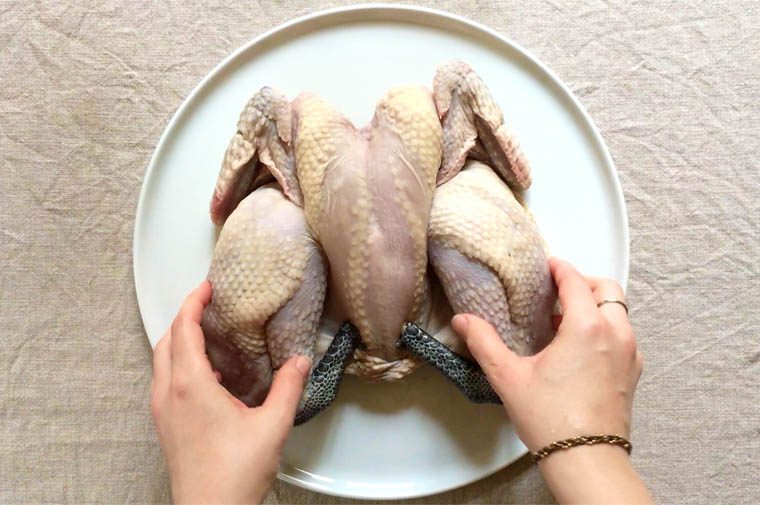 If you’re ready for some adulting in the kitchen*, you have got to learn how to spatchcock (a.k.a. butterfly) a chicken.

This simple technique consists in opening the bird like a book, so that it lies flat in a roasting pan or on the grill.

In this configuration, the chicken cooks faster and more evenly — a double win — and it is much easier then to achieve the amazingly flavorful, perfectly roasted or grilled meat you are longing for.

A really fun recipe to put the technique in practice is this chicken “under a brick”, which I make often, but you can also simply marinate the chicken and roast it straight in the oven (see picture of the finished product below!).

But before you get to that, here’s a video I made with Anne to show you how to spatchcock a chicken — much simpler than it sounds:

END_OF_DOCUMENT_TOKEN_TO_BE_REPLACED 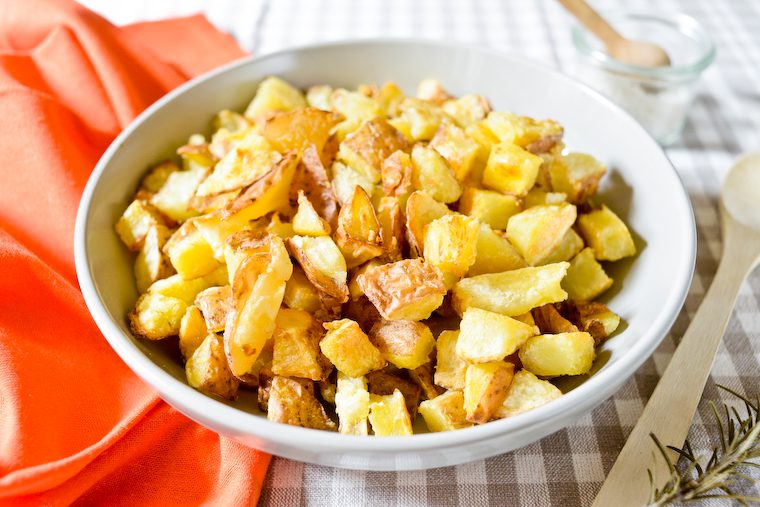 I strive to master simple dishes. I don’t aspire to be a person of whom one says, “What an ambitious cook!” or “She should really open her own restaurant!”

No. I want to be someone who can be trusted to prepare a good, well-rounded, home-cooked meal. A meal that has personality, yes, but one that doesn’t try too hard, and relies chiefly on good taste and good technique.

This is why I had long been frustrated by my limited potato roasting skills. Oh, I’d roasted my share of potatoes, but I had never been able to make perfect roasted potatoes, golden and generously crusty on the outside, moist and tender on the inside.

By the time the chunks had developed enough of a crust, the flesh had begun to dry up inside, and I was left with something a bit cardboard-y. Not inedible — it takes considerable effort to render a potato inedible in my book — but not my platonic image of the roasted potato, either.

And then some years ago, my friend Pascale* shared the recipe she uses for pommes de terre rôties, which she learned from her British mother-in-law. I have blind kitchen faith in Pascale — she has never steered me wrong — and I was very excited about her technique, a classic in British cooking that was unknown to me at the time.

Here, let me show you in this video: