Hello, I'm Clotilde! C&Z is all about fresh, simple, and colorful foods from my Paris kitchen. Learn more »
Tools & Utensils
100

I Heart My Pressure Cooker 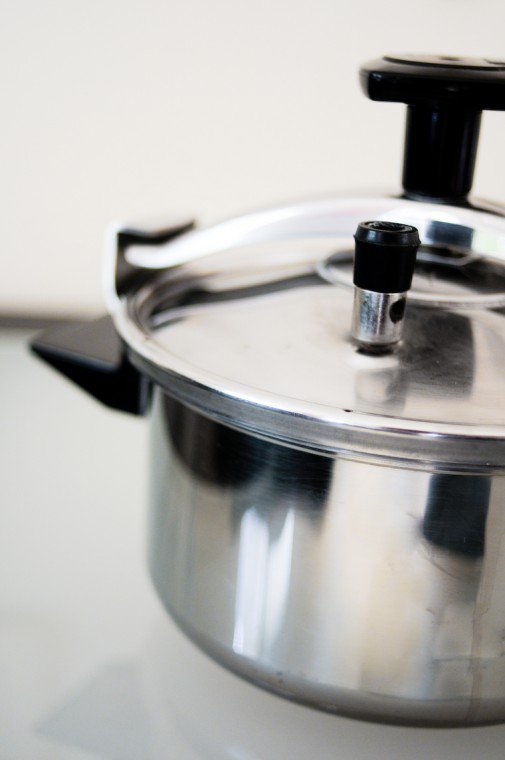 I grew up in a household where the hiss and huff of the pressure cooker was a familiar kitchen melody.

My mother owned a large specimen of what the French commonly call une cocotte minute — this is a brand name to the generic, and less endearing, term autocuiseur — and I seem to remember she used it mostly to boil or steam vegetables, such as potatoes and globe artichokes, or the cauliflower for her gratin de chou-fleur.

I myself went without one for a while, until Maxence’s grandparents had to sell their country house and I was offered a few pieces of cooking equipment, including the jumbo pressure cooker that had served to feed a whole generation of grandkids.

I loved it, but it soon turned out to be too large for me: with a ten-liter capacity, it was both too big for the quantities of food I ordinarily cook, and too bulky to fit in my teeny sink when the time came to wash it up.

And so, trapped between these inconveniences and the sentimental attachment to a family heirloom, I let the poor beast collect dust on a shelf.

Until one day, I decided there was something cosmically wrong about this situation: what I needed was a smaller pressure cooker, and this large pressure cooker was no doubt needed by someone else. Who was I to halt the natural flow of the universe?

Once the decision was made, it was easy: within a month, thanks to a popular auction website, I’d purchased a second-hand, 4.5-liter pressure cooker, and found a happy buyer for my own*.

And why am I drawn to the pressure cooker in the first place, you ask? Well, it is among the most energy-efficient cooking vessels out there, that’s why: as you seal the lid tightly then heat the pot, pressure builds up inside, and this causes the boiling point of water to increase** (from ~100°C to ~120°C, or from ~212°F to ~248°F). In this environment, foods cook considerably faster and with less water than in a regular pot boiling on the stove.

Although you can use a pressure cooker to cook all sorts of dishes — meat stews, risotti, soups, compotes — I use mine chiefly to cook grains and legumes, in a third of the time it would otherwise take. And my new-but-old cocotte minute is exactly the right size for my needs: it allows me to cook two or three cups at a time, use some of it straight away, and freeze the rest in portions.

Different models work slightly differently, but the basic process is this: you place the ingredients along with the cooking water in the pot, filling it by no more than half (this is important to prevent the food from clogging the safety valve).

You put the lid in place, lock it, and set the pot over high heat. As soon as the target pressure has been reached, the valve starts to whistle: this is your cue to lower the heat to medium-low — no need to keep building up more pressure for the valve to dispel — and you can start the cooking time countdown from this point.

Because I use an electric range on which the hotplates remain hot for a while, and also because the food continues to cook inside the closed pot, I turn the heat off five to ten minutes before the end of the cooking, to further conserve energy.

When the food is cooked, you remove the pot from the heat and release the pressure as the manufacturer instructs you to: in my case, I put on an oven mitt and pluck the valve off the lid, and a locomotive-like plume of hissing steam escapes then — obviously, that steam is extra super hot, and you want to keep your face and hands or any other body part away from it. When the plume dies down completely, it is safe to open the lid.

Naturally, this system means it’s impractical to just peek inside the pot to check on the progress before deciding to stop or prolong the cooking, so a little trial and error may be necessary when you’re just starting out. But as with all cooking tools, you’ll soon get to know your cooker and develop an intuition to work with it.

In France, the leading manufacturer of pressure cookers is SEB, owner of the brand name Cocotte minute, and theirs are a paragon of durability. My mother purchased her pressure cooker on March 11, 1970, just two months after my parents got married — I know because she gave me the recipe book that went with it, and it has a “Bazar de l’Hôtel de Ville” stamp with the date of purchase on it. It is still in operation today, though it moved to my parents’ mountain house a couple of years ago, when my mother had to replace it with an induction-friendly version to match the new cooktop she got (lucky her).

This is why I felt entirely comfortable acquiring a second-hand unit of that time-proven model: so many pressure cookers have been manufactured only to end up sleeping at the back of someone’s cabinet, I didn’t for a minute consider buying a brand-new one. The only part that may need replacing over time is the rubber seal that ensures the lid is airtight, but that only costs a few euros, a fraction of the price a new pot would set you back.

What about you? I’d be interested to hear whether you own and/or use a pressure cooker, and what you like to cook with it!

[By a curious stroke of synchronicity, Gena, whose blog The Full Helping I greatly enjoy, has also just written about pressure cookers. Read her thoughts on the subject, too!]

** It is this same rule of physics that makes it tricky to cook or bake at a high altitude: the atmospheric pressure is lower then, which decreases the boiling point of water, and in turn throws off recipe temperatures and durations. 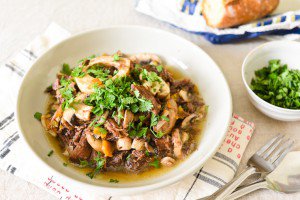 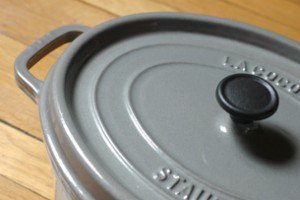 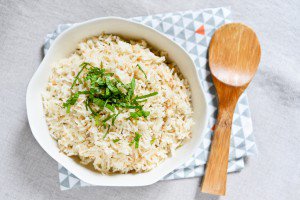 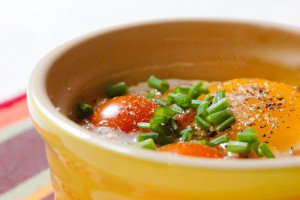 Kitchen Toolbox, Part I
Sign up C&Z NEWSLETTER: Get recipes, inspiration, and Paris tips FREE in your inbox!